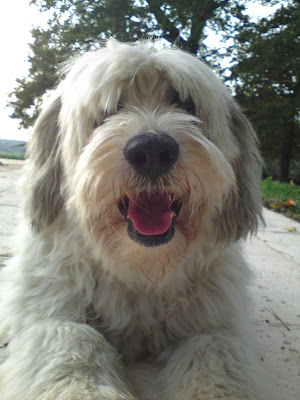 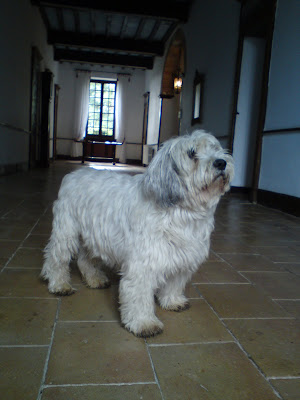 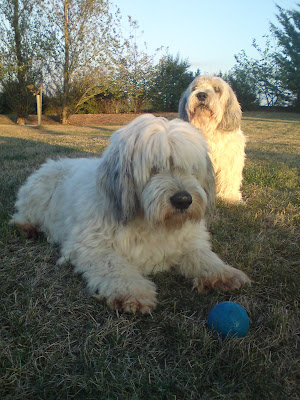 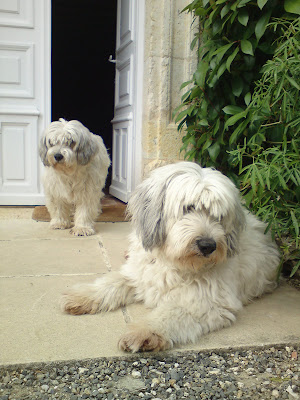 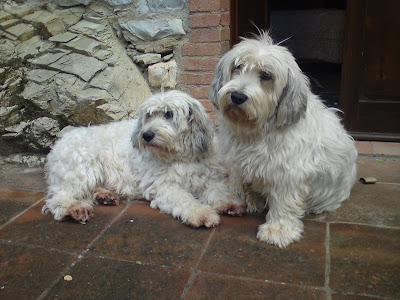 Wilf and Digby have settled into their new home and new routine without any problems. The first thing the removal men brought into the house was the boyz favourite Turkish rug. The two of them lay on it,secure in its friendly scents, while imperiously watching the organized chaos that unfolded as the rest of the furniture arrived.
Staying in hotels was remarkably easy. The two boyz were on their best behaviour and treated the whole experience as if it was part of their daily walk. Only once did we have a problem. After two nights at a miserable Italian hotel in Chiantishire (never stay in a converted mill in the late fall - cold and damp will be constant companions) 'the font' insisted that we stay somewhere chic and warm.I dutifully booked us into the Royal Mougins Golf Hotel which according to the Michelin guide claimed to be dog friendly. Everything went swimmingly to begin with. The hotel was luxurious, the location stunning and most importantly the staff charmed the boyz and the boyz charmed them by being on their very best behaviour. Digby even held out his paw to the receptionist - something he has never done before and I'm absolutely certain will never do again. Such was the rapport established that the chef sent over to the room two low protein meals for the two 'adorable dogs'.
Next morning ( a Sunday ) I was up at seven, showered, dressed and harnessed up the two 'adorables' for a healthy twenty minute pre-breakfast walk. No sooner had we gone three yards down the path outside the room than it happened. Wilfs nose went straight up into the air, the nostrils twitched for a fraction of a second and then he let out an earth shaking cry of delight - BACON!!! Any Polish Lowland owner will know the sound - its 25 kilos of compressed air attached to a fog horn combining to produce a 200 decibel wake up call that can be heard seven counties away. The early morning breeze had brought the scent of his favourite food up from the hotel restaurant which was busy serving a mass of enthusiastic Floridian golfers keen to get out onto the greens. It was a dog owners nightmare - the two boyz were by now standing outside the front of the hotel,happily howling away at the top of their voices and shattering the early Sunday morning quiet. They were simply delighted that they had at last found that elusive canine bacon heaven. The more I told them to be quiet the more they howled - discipline is one thing, crisp rashers of bacon quite another.
We left the hotel soon after having destroyed any chance of any of the guests enjoying a long lie in. I also managed to leave all 'the fonts' clothes in a wardrobe in the room in the rush to depart before we were lynched. The check out clerk was slightly less charming than her colleague the night before.