They lurk outside at dawn. 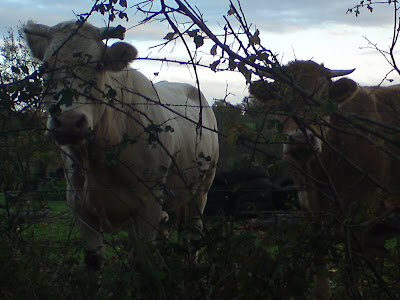 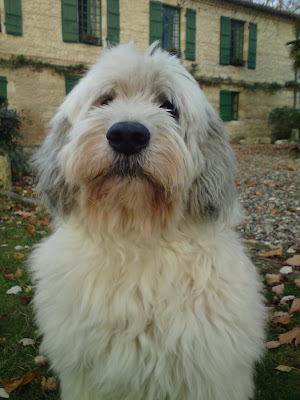 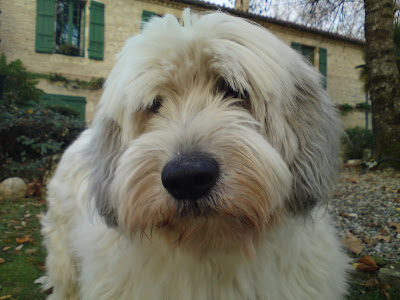 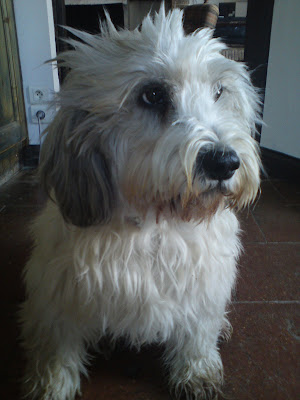 Out of the gate as the sun was coming up for the boyz morning walk. Digby immediately came face to face with the two young cows in the field across the lane. After a quick check to make sure I was still behind him, he bravely made a sharp right angled turn and moved away from them as quickly as his little legs would carry him. The look on his face seemed to say ' you never know what lurks outside before dawn'. Wilf either didn't notice the two calves or was quite unconcerned. With Wilf either interpretation is equally likely.

Today is a busy day. The Rentokil man is due this morning to deal with our little furry friends. Having become an expert in the subject of rodent infestation over the last five days I shall be interested to see what 'devices' he suggests we put down.

At eleven the local joiner is coming to talk about replacing the downstairs kitchen . It is of that strange 1960's Formica era vintage with lots of shiny plastic work surfaces in colours that have not been in vogue since the Beatles first visited New York. We thought about trying to be environmentally friendly by refurbishing the cabinets and replacing the dishwasher and drier but you can only refurbish what is refurbishable.

This afternoon the plumber is coming to quote on a new boiler. The present one, which has done sterling work for the last forty years works wonderfully but has two major drawbacks. Firstly, being of the same age as the downstairs kitchen it guzzles fuel as if it's going out of fashion . This might have been fine when heating oil was 10 cents a gallon but at todays prices is a quick route to penury. The second problem is a faulty thermostat that unexpectedly produces scaldingly hot water in limitless amounts. The sudden, and unsignalled , move from hot to scalding water can make shower time an exfoliatingly exciting experience. 'The font' and I have been at a loss to explain how the previous owners managed to live with these variations in temperature. Perhaps they learnt to leap out of the shower after a certain number of minutes?

Wilf had a bad day yesterday. Once every ten days or so he gets laid low with colitis like stomach pains - a legacy of the pancreatitis he suffered in Italy. Usually he skips one meal, but yesterday it was two. This morning he is fully recovered and eating for France.

Apologies for not commenting on the usual blog sites. Somewhere between Umbria and France Google has managed to lose the list of 'blogs I follow' . Try as I might it will not come back. As a consequence , the daily round of news gathering between Atlanta, the Rockies, South Africa, Australia, et al has suffered. I promise that resetting 'blogs I follow' is on the 'to do' list straight after dealing with the mice.