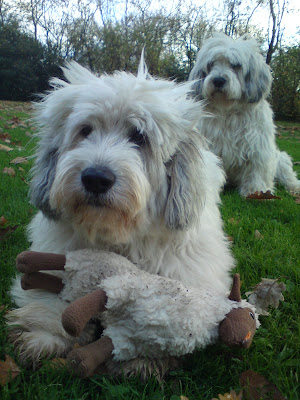 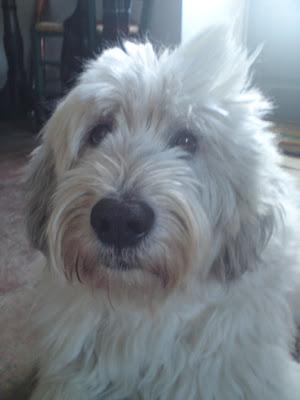 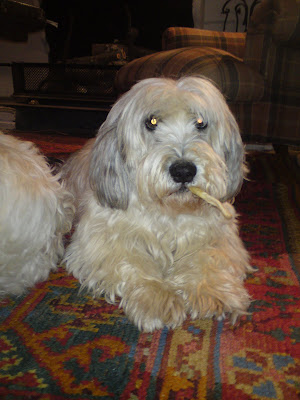 Another day and another visit to the hardware store with Wilf and Digby to seek out ever more desperate and esoteric solutions to our problem with the little furry visitors. A box with a rather fetching, almost bucolic, artists rendering of a mouse on it caught my attention . Having been stung with the purchase of the 100% guaranteed electronic deterrent system , which has since proven to be 100% useless , I carefully read the description on the box all the way through. No more impulse buying - Mister careful shopper here I come ! The blurb on the packaging stated that the product was ecological, 'radical', proven over many years of use with hundreds of attestations ,and most important of all - painless.What's more it sported a suitably official looking logo which seemed to be the French version of a good housekeeping seal of approval. An absolute bargain at €24.80.
Late last night , after 'the font' retired, the boyz and I sat in the kitchen setting the 'legacy' traps and assembling the new 'radical' device. This turned out rather mundanely to be lengths of balsa wood with glue attached. Rather more low tech than I had imagined, and hardly 'radical' in the accepted sense of the word but hey the attestation of hundreds of happy users was good enough for me. All we had to do was add a sliver of a rather fetching Reblochon and we were ready.
Up early this morning and into the kitchen before ' the font' had stirred to view the results. The Reblochon on the 'systeme radicale' was looking a little tired, but otherwise untouched.The 'legacy' traps were just that - a legacy. And just behind the electronic deterrent system with its red blinking light ,guess what? Yes,one of our little furry friends.
Wilf and Digby are in fine form. The trip with me in the car to the hardware store in town has now become a part of their routine. Having barked at the gardener, chased a few squirrels, and spent half an hour closely observing the cows in the field on the other side of the lane, they have now settled in the family room ready to be harnessed up and taken out . Digby has found an old chew which he is clutching in his mouth as if it were a fine cigar. There is of course nothing in the world that Wilf wants as much as the old chew that Digby is carefully stewarding.