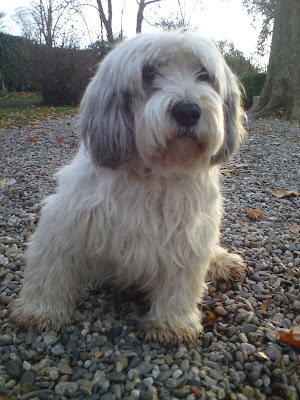 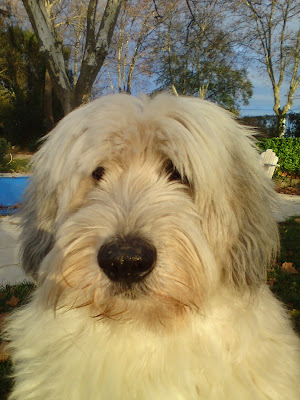 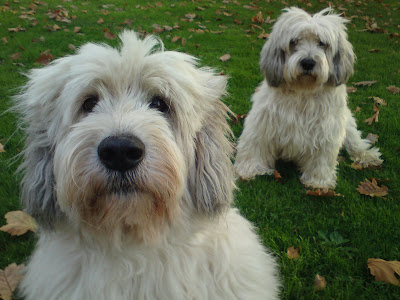 We sat outside on the terrace yesterday having lunch in the late November sunshine. This morning we've woken to find that the blissful, cloudless, warm weather has changed to grey drizzle. Wilf and Digby, who have now become used to warm, dry weather, went to the kitchen door, undertook a peremptory saunter into the garden, and were back inside again and snuggled down on their blankets - all within two minutes. Now that they are getting older their behaviour is changing. They were once super charged bundles of energy 24/7. But these days they are more gentile - before eight in the morning and after eight at night comfort takes precedence over excitement.' The font' rather unhelpfully has just leant over my shoulder to point out that they are taking after me in this regard. Hmmmph!
Once again our Gallican critters have outsmarted and outwitted the cunning, and expensive, contraptions set up so carefully to catch them. Faced with fresh evidence of their nocturnal partying, it has been decided (by 'the font') that a telephone call to a professional will be the first order of priority tomorrow morning. By the way, thanks for the comments and e-mails about how to bait the traps. Nothing works - not even peanut butter. These are clearly gourmand mice.
Yesterday lunchtime saw the Toulouse - Montauban rugby match take place - a major event in the life of Tarn-et-Garonne. By eleven the streets were deserted and the shops were empty of baguettes, croissants, beer and cheese as the entire male population of the departement migrated en masse for picnics outside the stadium. The French certainly know how to enjoy themselves and do so without any signs of public drunkeness or aggression - a clear sign that we are not in an Anglo-Saxon society. In this part of the world rugby rather than soccer dominates the headlines. With the obvious exception of the US, I wonder if there is anywhere else where soccer doesn't overshadow everything else? Perhaps some of those American dependencies where they play baseball or Greenland where it's presumably too cold?

The boyz were groomed within an inch of their lives yesterday in order to make them look less like waifs. Digby loves the attention and is soon asleep as the brush runs over him. Wilf in contrast squirms and squeals and utters loud yelps that make it sound as if he's being tortured with electric cattle prods. This morning both of them look as though they've never been near a brush or a comb in their lives.

Finally, thanks to our friends at Rocky Creek Scottie Adventures for awarding the boyz the prize in a wildly technical and complex quiz.