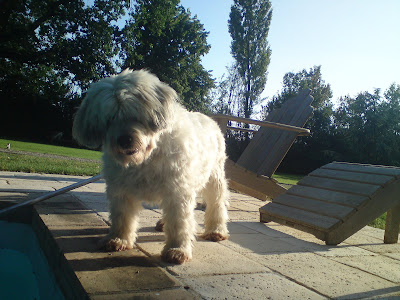 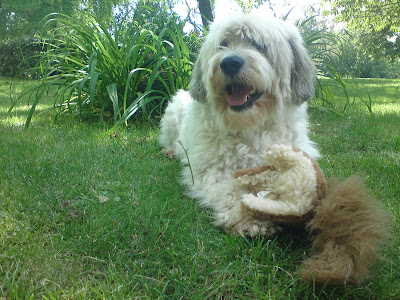 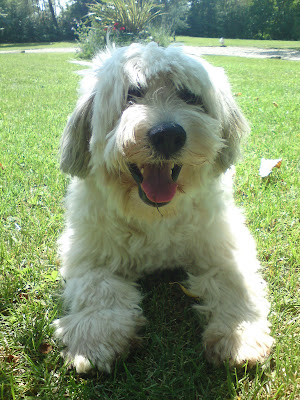 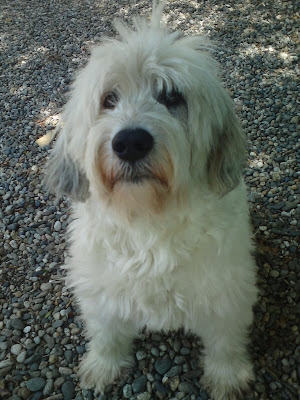 While 'the font' was away I arranged for the maintenance man to come to fit the new solar powered pool cover. French law requires that all swimming pools either have a security alarm or a childproof cover. Surprisingly, in a land where rules and regulations are treated with a certain gallic reticence and a shrug of the shoulders this is one piece of legislation that is rigidly enforced. The pool security alarm that we inherited when we bought the house had a klaxon the size of Delaware and a tamper proof system that meant it couldn't be turned off once the ten minute cycle of flashing lights,hoots and blasts started . It had also developed a rather unhappy, and completely random habit of going off whenever the fancy took it. Of course it never went off during the day only after midnight. Naturally, the service engineer could never find anything wrong.

In the recent storms it started to play up again. Yours truly was out of bed every half an hour in his dressing gown to find out what might have fallen into the pool - a hedgehog or some insomniac toddler . At two thirty one stormy morning two weeks ago , as it hooted away for the fourth time, our fraught relationship came to an abrupt end as I put paid to the devlish fog horn with a sledge hammer. Since then, no matter what Pyrennean gales may blow up in the depths of the night, we've enjoyed calm, klaxon free, uninterrupted sleep. Very Bret Easton Ellis. Hence the urgent need for a pool cover. Little did I know that 'the font' had arranged for Madame Bay to come at the same time to tidy up the beer bottles after the 'bachelor party'. Some hasty reworking of schedules is now underway to avoid the poolman and his chiffoned nemesis from coming into contact.

In addition to rug surfing and swing biffing Wilf has rediscovered that other summer favourite , the 'splosh' game. He carefully collects any stray balls he finds in the garden and carries them over to the pool where he drops them one by one into the water. The look of delight on his face as they land with a 'splosh' in the water is priceless. They then have to be fished out by yours truly, thrown onto the lawn where the whole process begins all over again. Wilf could, if allowed to, keep this up for hours at a time.