Heat and the Rubenesque figure. 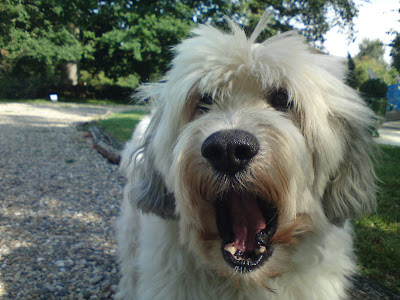 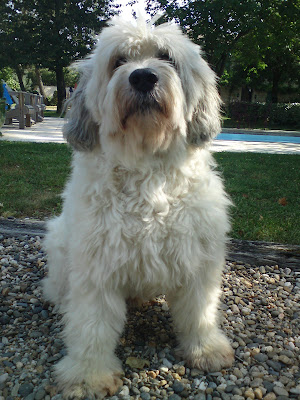 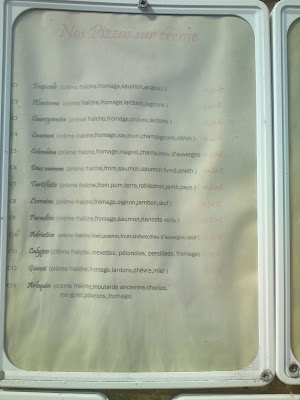 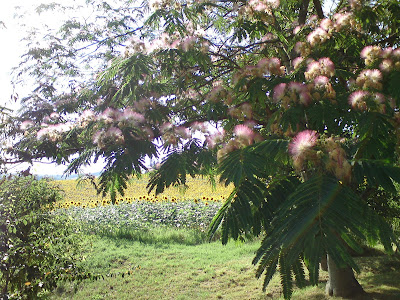 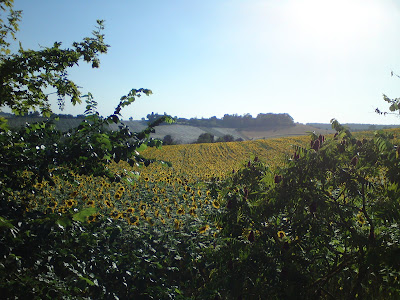 Returning along the lane from our morning constitutional we were greeted by the sound of that 70's classic ' The Butterfly Ball ' playing on Radio Nostalgie. From a distance of 200 yards Wilf and yours truly could just make out Madame Bays own particular take on 'Aw you nid is luff ander standing ' . It's going to be in the 40's today so our saintly cleaning lady was up and about early, draped in what appeared to be yards of diaphonous net curtain material. With the light from the large hall windows behind her the image was that of a Rubenesque angel pushing a hoover. Wilf was clearly astounded by this translucent celestial image.

Catching sight , for the first time, of my new haircut extracted an 'oh la la la la' from Madame Bay. This is two la la's more than usual. 'The font' explained that this was a '25 to life' hair style, a concept that had Madame Bay roaring with laughter. A delightful,all body , uninhibited, French farmers wife guffaw. From a woman who returned from her Christmas trip to Manhattan with a Sinead O'Connor makeover this was a bit rich, but I said nothing. The Bay family are off on their trip to Croatia with the retired Gendarmes club tomorrow. Mercifully, Madame Bay seems to forgotten all her worries about it being a war zone.

World Cup final night. While 'the font' went to a meeting with the two mutually loathing committees to discuss the rescheduled lighting of the pottery kiln ( now expected on August 1st after a hole is cut in the roof of the enclosure) Wilf and I went to the pizza parlour for beer and a take away pizza. Studying the menu we thought of getting a Calypso but creme fraiche,prawns,scallops,parsley,garlic,bacon cubes and cheese sounded a bit daunting. The Paradiso with creme fraiche,cheese, salmon and green beans sounded simpler but salmon on a pizza ? Hmmmm.... Eventually settled on a Tartiflette with creme fraiche, cheese, potatoes, ham and reblechon. After one nibble 'the font' decided to make pasta. Not all food in France is wonderful.