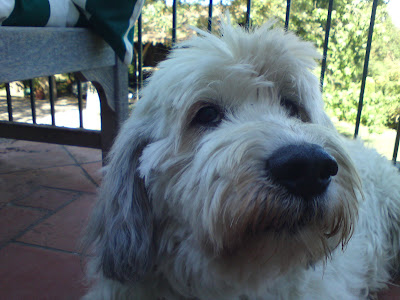 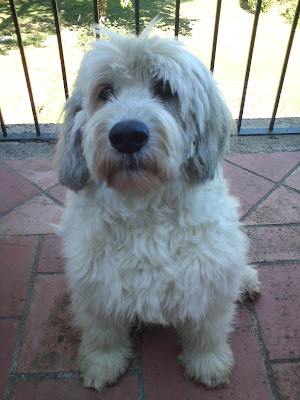 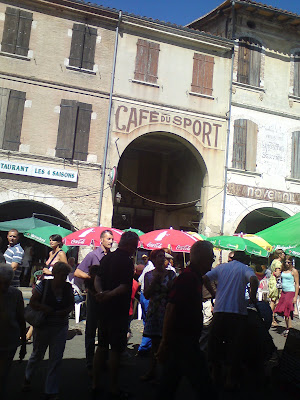 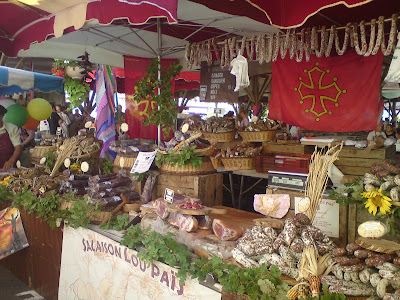 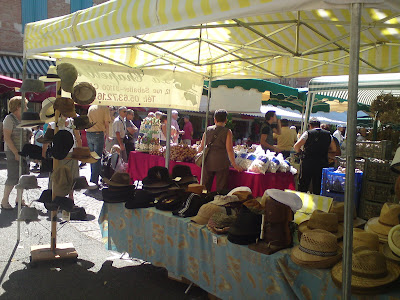 Off to the Cafe du Sport with Wilf and jet lagged Texan house guests for a morning coffee with the beer and absinthe set. Horror of horrors, despite it being only eight in the morning the place was simply inundated with people. It is the annual garlic festival and buyers from all over France have descended on our little patch of paradise to bid on the 2010 crop.

Opposite the cafe a stall selling tantalising garlic cured hams and sausages caught Wilfs attention. On our way back to the car he determinedly plonked himself down on the pavement directly in front of it. With his nose pointed straight at a large ham he was clearly hoping that we might take the hint and buy a kilo of something tangy. Sadly for him we didn't.

This afternoon sees an attempt to break the world record for the number of garlic cloves peeled . Who could resist going to see that ? As one of our American friends said ' Straight from Waco to wacky'. The look on Wilfs face seemed to say ' Wacky? You ain't seen nothing yet'.