What's going on here then ? 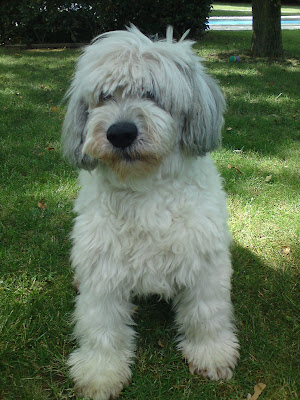 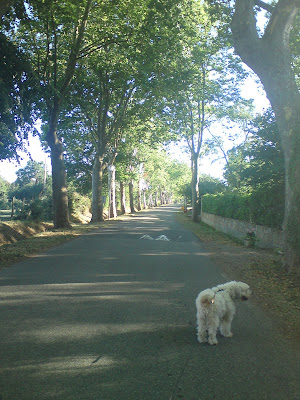 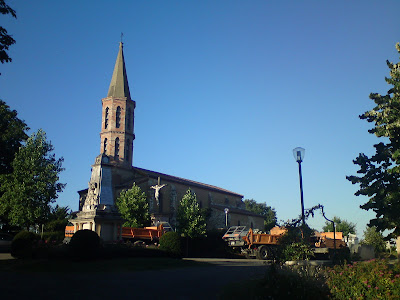 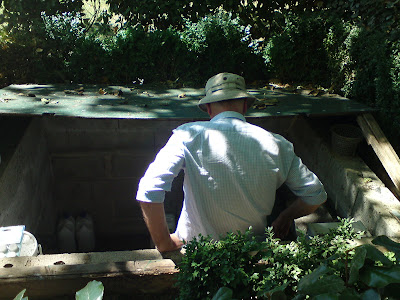 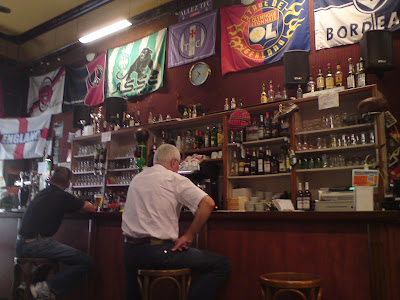 Out of the front gate with Wilf in the early morning to be met by the sight of four large orange trucks parked by the village green. It would seem that the mayor has called in a few favours and the village is having a quick spruce up ahead of the firing up of the reconstructed pottery kiln and the arrival of the expected crowds. As Wilf carefully christened each truck tyre we could see that the holes in the tarmac on the square are being filled in and the track to the kiln covered with fresh gravel. There hasn't been such excitement , or activity, here since the liberation.

Last nights pre-kindling of the kiln events were as dramatic as might have been expected. While 'the font' and yours truly went to a catatonia inducing lecture on the development of pottery in the village ( thankfully enlivened by copious glasses of a cheeky local red) the mongeese were off in the church hall dealing with the physique attentive ladies of the arts club. Over dinner 'the font' , the American houseguests and I were introduced to the colloquial use of the word 'cougar'. What one learns as one gets older.

After breakfast twenty minutes spent looking into the hole where the pool house used to be. The termites have done a good job of munching their way through the roof beams . Satisfied that pump and filters were working properly, Wilf joined me for a quick trip into town to buy chemicals for the pool. A stop off at the local bar for a bowl of water and a cup of coffee. By the time we got there the outside tables had been taken by holidaying Germans so inside it had to be. Wilf wasn't bothered - the absinthe and beer drinkers still tousled his hair and said ' bonjour Vilfee.