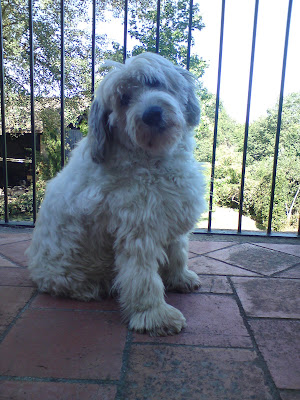 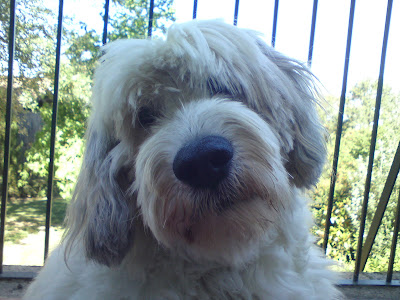 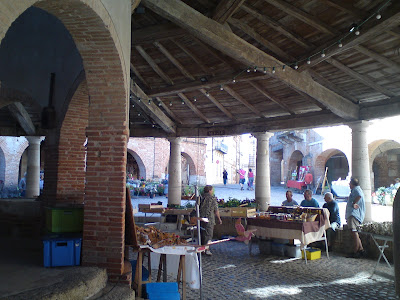 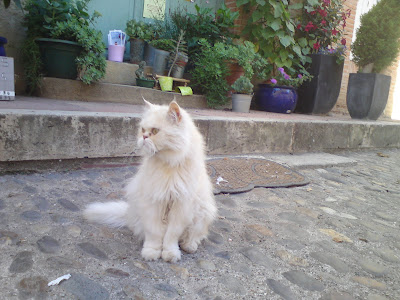 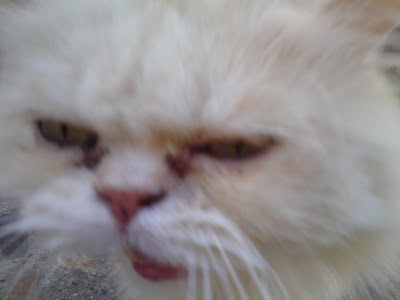 Off to the village market with Wilf for a baguette and some croissants. On the way we came across Amilee the village cat. We know the cats name is Amilee because all the village children and their parents say ' bonjour Amilee ' to it when they're on their way to the bus stop. Naturally, they also say ' bonjour Vilfee ' as Wilf trots along unconcernedly beside me on his morning constitutional. Such is the innocent, unselfconscious nature of life in our little community of 67 souls.

Wilf usually ignores Amilee and vice versa. However this morning Amilee decided that Wilf had crossed some invisible line in the sand. There was an arching of the back, a hiss, and the next thing Wilf and I knew was that an aroused Amilee was bearing down on us. When faced with a fiery French feline female Wilf did the only thing any sensible male can do - howl and retreat. Back safely at home Wilf gave me his 'Blimey ! That was a turn up for the books' look.