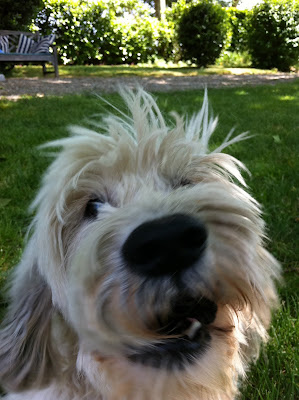 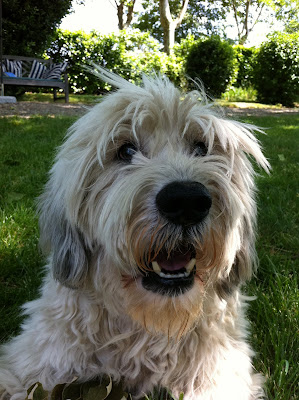 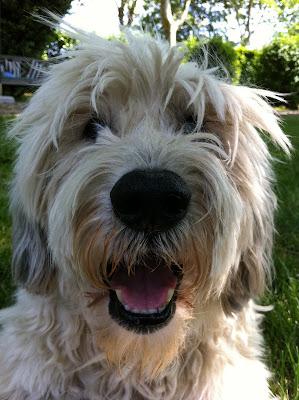 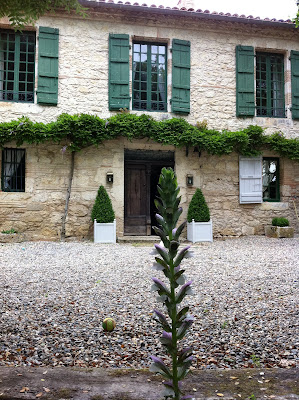 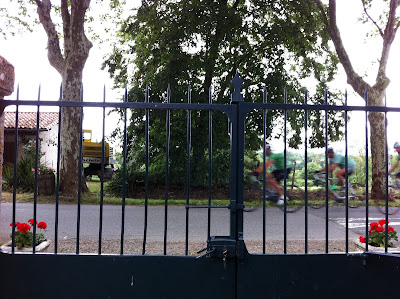 Friday afternoon . A swarm of green lycra clad cyclists sweep through the village . The mayor and the old farmer are seen unlocking the church door and disappearing inside . It's three thirty . At five there is the umistakeable boink , boink , boink of the slightly cracked bell in the clock tower chiming happily away . Success in their aim to revitalise the ancient device . As they walk homewards past the gate I congratulate them . The mayor beams . The old farmer looks as if all that was needed was his knowledge of mechanical devices . Six o'clock. The infernal device marks the hour by chiming thirteen. Twice . Then it makes a comical Rowan and Martins Laugh - In style BOING ! noise . It stops . There it remains . Fixed for ever at one minute past six o'clock. Proponents of the silent , electrical replacement clock may yet have their day . Worryingly , the old farmers mechanical digger remains parked on the other side of the lane. It's not the unsightliness that bothers us but the uncertainty of what he might be planning to do with it .
The painter has phoned to say he'll be back on Monday morning to paint the shutters . Thus ends a period of six months where we were known as the house with twenty three green shutters and one , small, grey one .
Wilf remains happy . I had to write some speeches for a quick trip to Asia next week . A separate one for each side of the Himalayas . While I worked at a desk in the garden he lay across my feet . The furry warmth of an old family friend . How time flies . Next week it will be eight months since he was diagnosed and two months since he lost his sight . The uncomplaining old fellow knows that " Who looks outside dreams , who looks inside achieves " .
Posted by Angus at Saturday, May 28, 2011