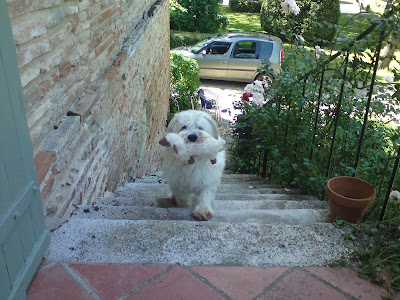 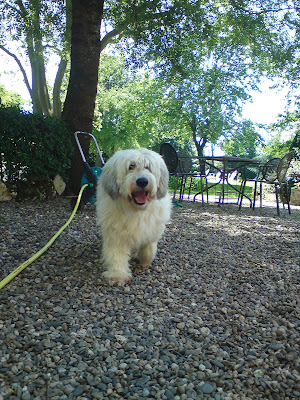 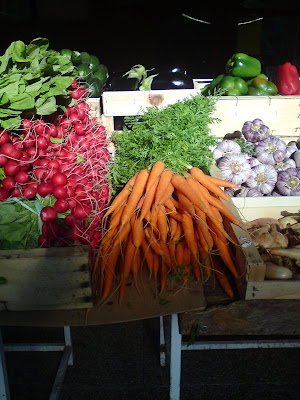 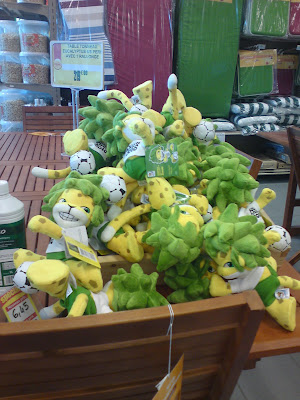 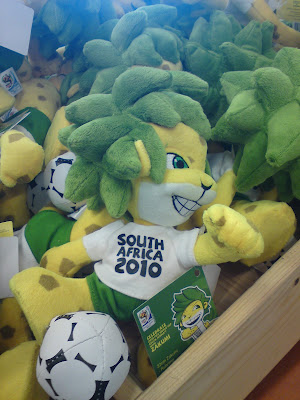 Wilf is not enjoying the heat. Activity has to be squeezed into a cool three hour period between six and nine in the morning and again from nine thirty to eleven thirty at night. He will deign to venture out to bark at the post lady or the plumber at other, more humid, times but his heart really isn't in it. You wouldn't know it from the photos but he's now sporting the PON worlds version of a Marine Corps buzz top - this aggressive trim has done something at least to help him deal with the soaring temperatures.

On our early morning, post coffee, walk we came across these fresh new carrots at the greengrocers - perfect for Bolognaise. We also saw the World Cup toys in the local supermarket being discounted from €10.50 to just €0.50. What a difference a week makes!

Rushing off to the airport to take a flight to speak to another group of men in dark suits. Will post tomorrow. Did you know that worldwide, life expectancy is increasing by five hours a day?
Posted by Angus at Monday, June 28, 2010