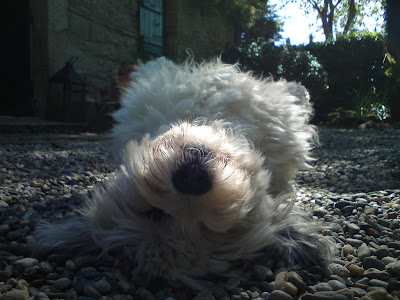 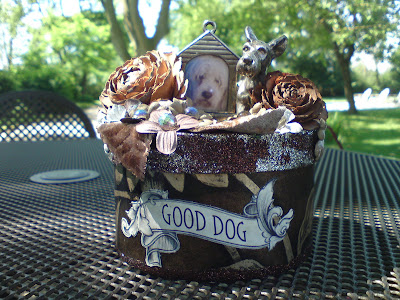 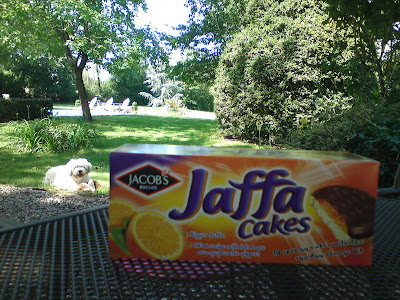 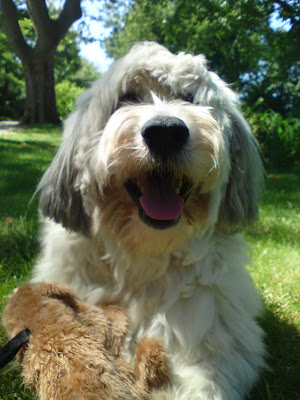 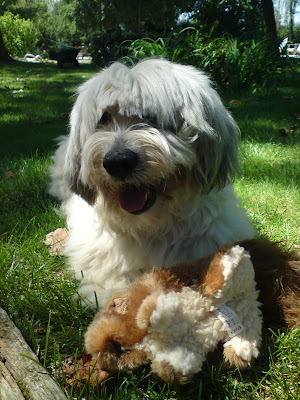 Got to the airport, parked the car, cleared security and was just heading off to the gate when the phone chirruped . A text had arrived - "We regrets to inform that due to strike action your flight has been cancelled". Great timing. All flights from the airport had been cancelled due to a nationwide Air Traffic Controllers strike. France is in an uproar over plans to raise the retirement age to 62 from 60. Perhaps someone should tell them that it will soon be 67 in Germany and 66 in the UK.Wilf was delighted to see me come home . 'The font' who was up a ladder painting, slightly less so. A hectic burst of phone calls to cancel hotels and flights and tell the organizers of the conference that their dinner speaker wouldn't be there (nor as it turned out would be three quarters of their audience who were stranded in Paris).

The heat has arrived. It was 31 degrees yesterday and is set to hit 35 today. That's 100 something in old money. This morning Wilf is lying on his back, taking the opportunity,while it's still cool, to air those parts that need to be aired.

On Wednesday afternoon two post office vans came to the house to deliver a parcel. Not just any parcel - but a parcel from America ! In deepest Tarn-et-Garonne this is an event of some note , hence two postal vans. Out of the blue had come the most charming gift from our friends at www.fromthehouseofedward.blogspot.com. A marvellous hand made momento box with Digby's photo on top and a Siegfried Sassoon poem on an illustrated scroll inside. For a second or two the memories of our little companion came flooding back. What a kind thing for someone to do. What a heart warming reminder of the tenderness and compassion of people one's never met. In an impersonal world it seems that dog bloggers somehow share the secret of heavens canine iconoclasts - hearts can be listened to, emotions allowed to speak and the gift of the soul never forgotten.

For Wilf the package contained something even more interesting, some toys and a box of Jaffa Cakes. Proof that they do exist in America and the source of much delight for Wilf.
Posted by Angus at Friday, June 25, 2010