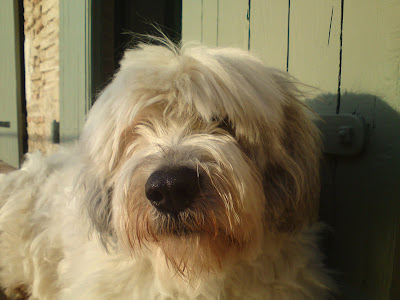 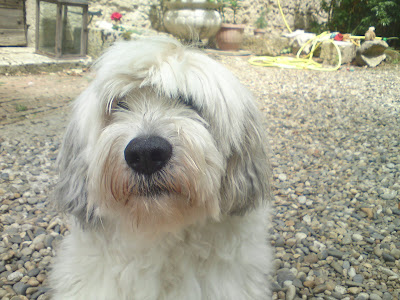 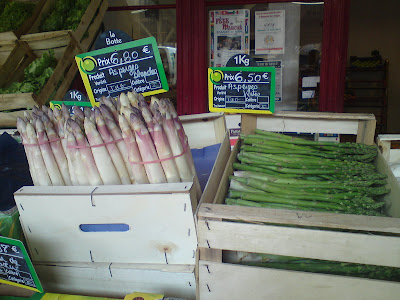 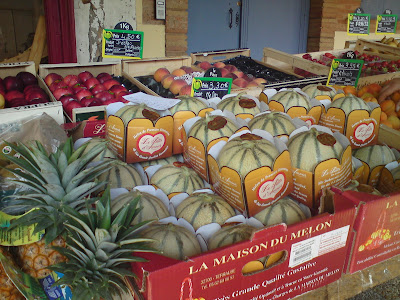 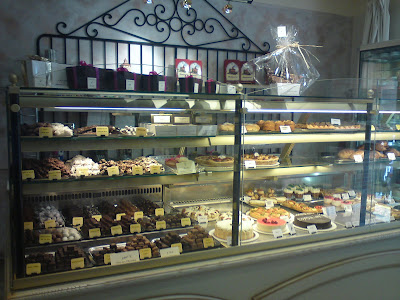 It rained all day yesterday, grey and continuously. Not just rained but plummeted down like a power shower at full pelt. More like the west coast of Scotland in October than the south of France in June. Wilf would not be coaxed out. He stood with his nose poking out of the front door, resolutely refusing to move . As I put on a hat and coat and profered the lead he just looked at me as if to say ' you might be mad but I'm not'. Forty minutes of late night rug surfing stopped him from going completely stir crazy. The routine is simple - hurtle down the hall at top speed, leap on a rug, and whoosh dog and rug go surfing over the polished floor tiles. Eventually he fell asleep, tired and content, rug surfed out, beside the bedroom door.

This morning he was charged and ready for action . We raced through the light industrial park, visited the fire hydrants by the railway line,made a high speed circuit of the town square and were at the beer and absinthe cafe by six thirty. A bowl of water and a 'Bonjour Veelfie' and it was time to buy the croissants and get the morning paper. As we were about to leave a batch of freshly cut asparagus was being delivered to the greengrocer. He beckoned me over to tell me that the sweet sugars in asparagus turn to starch within hours and that these had been harvested barely an hour ago. We will be having asparagus for lunch.

Thank you all for your comments yesterday. We roared with laughter reading them . Yes, it is quite illogical to assume that flies wouldn't land on an upturned spoon.