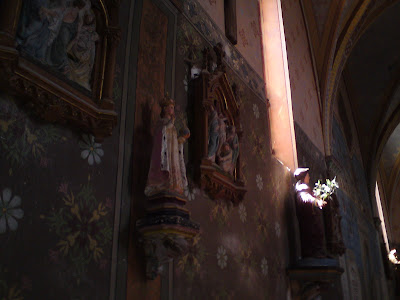 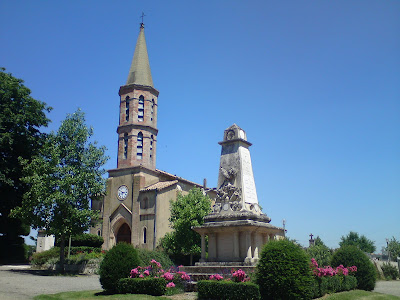 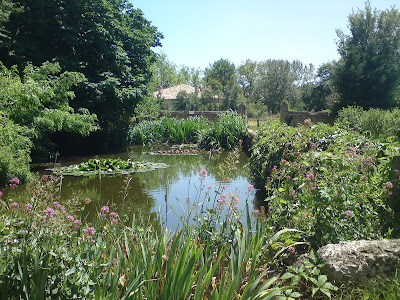 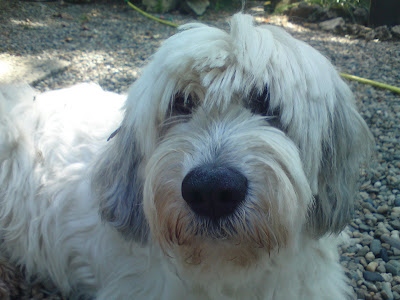 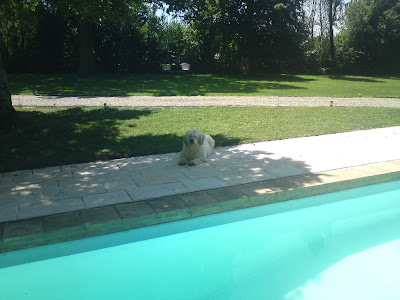 The great day has arrived and the village is gearing up for its saints day festivities. By seven, when we came back from our morning walk, the mayor was already in his office preparing for the day ahead and the first of the bric a brac stalls was being laid out under the lime trees on the village green. I waved at Monsieur and Madame Bay who were happily squabbling over something inconsequential and slipped through the open door of the church to take a quick photo. The statue, high on its pedestal in the nave, has been freshly kitted out with a garland of olive branches in readiness for its annual outing. There was something timeless and welcoming in the way the clear early morning sun had settled on the drab,hallowed old figure as if to say 'it's your day'.

Outside the village is looking at its best. The shrubs around the war memorial have been trimmed and weeded, the gravel swept, and the grass cut short. The two committees have done their work well. As I walked back across the village green to the front gate all I could hear was the frantic buzzing of the bees hard at work on the lime trees and the croaking of the frogs sunbathing on the water lilys in the pond. France profonde as it has always been.

Wilf is going to have a trim later on today. He doesn't know it yet and is sitting out unconcernedly by the pool in the shade of a large old damson tree.
Posted by Angus at Sunday, June 27, 2010