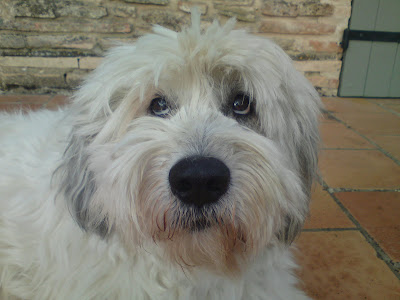 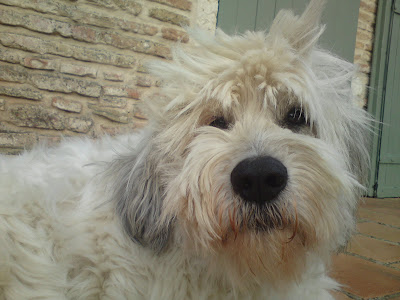 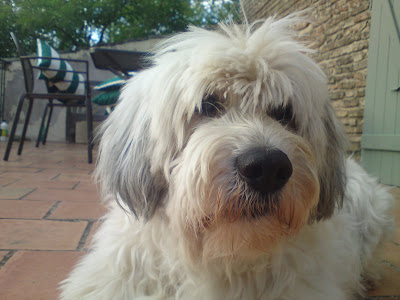 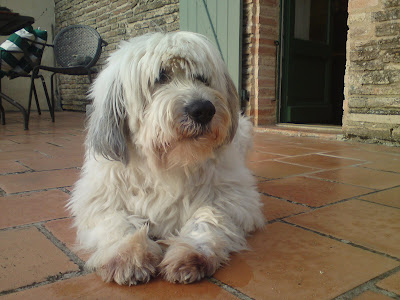 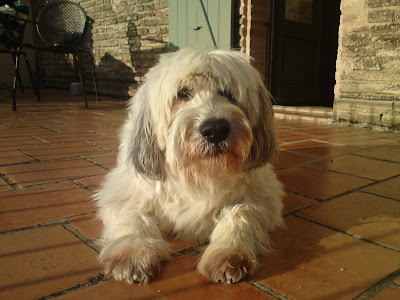 Two years ago, when we were still living in Italy,Wilf was poisoned. He went out into the garden one morning and found some tantalising chicken nuggets under an oleander bush, less than twenty metres from the door, in our fenced off front garden. These lethally tasty, irresistible morsels had been liberally laced with organo-phosphates and left there by the local hunters to kill off foxes. To this day I get furious at the cavalier way they came into our garden with their poisons. It was a searingly horrid experience. Within ten minutes he started to shake uncontrollably, lost control of his bodily functions, and his breathing became sharp and raspy. After a forty five minute hectic drive we got him to the emergency room just in time. Perhaps because of this trauma he later developed severe pancreatitis. To this day he routinely gets a sore stomach and loses his appetite once every ten days to two weeks. The ailment lasts about twelve hours and seems to come no matter what we do to control his diet, his routine or his stress levels. Yesterday was one of those days. He lay uncomfortably in the hallway, stomach acid growling, trying to sleep it off. Poor old fellow.

This morning he is fully restored and was at the front door, basking in the morning sunshine and ready for the trip in the car to the light industrial park to christen the fire hydrants. I really wonder who enjoyed this return to normality more - Wilf or me?

This afternoon the pool man is set to return. 'The font' has arranged this at a time when we are 99% sure our saintly housekeeper will be at her 'golden years' dancing class. For the peace of the world let's all hope so.
Posted by Angus at Wednesday, June 23, 2010