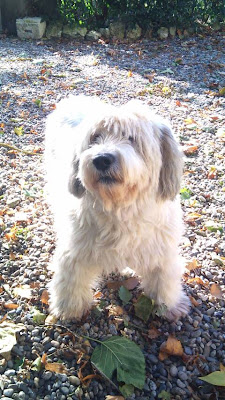 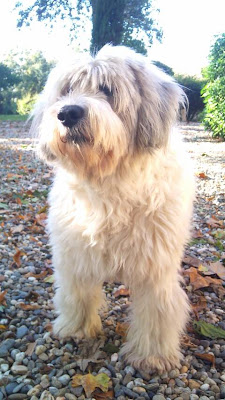 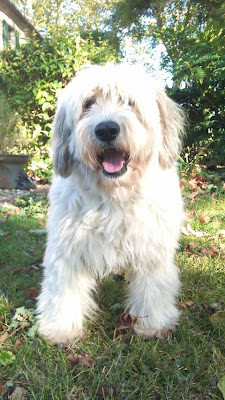 The Autan wind is still blowing. Loic the gardener is outside trying to rake the carpet of leaves that cover the lawn into manageable piles. He is failing miserably. The gusts send his handiwork pirouetting lawlessly into the sky. Wilf finds the whole sensless process to be highly entertaining and is rushing around leaping on the half formed leaf piles like a spring lamb.

Inside the rickety old farmhouse one of the radiators has sprung a leak. Well, not so much a leak as a flood. The plumber actually responded to the ever more frantic calls for help and arrived late last night to fix the problem. 'It's a foundry issue ' he announced delphically before leaving. Hopefully 'the foundry issue' will be fixed by November when we need to turn the heating on for the winter.

Late at night and the square in front of the church is suddenly busier than a Walmart car park on Christmas eve. The villagers have all arrived for their annual midnight ramble. Torches, luminescent jackets, bottles of wine and packed suppers. They invite us to come and join them for a night under the stars. Wilf, who is out for his pre-turning in stroll has caught scent of the food and is only too keen to follow along. 'The font' and I take the view that traipsing across the newly ploughed fields for a picnic in the dark is is yet another sign of communal lunacy. Some of the cars are still parked on the square this morning. Whatever could have happened to their owners ?