The most intelligent dog in the world ? 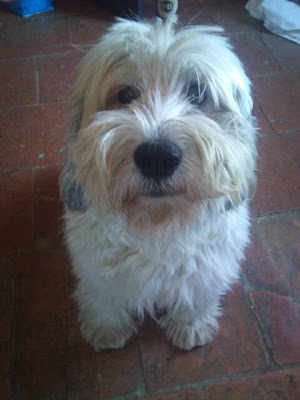 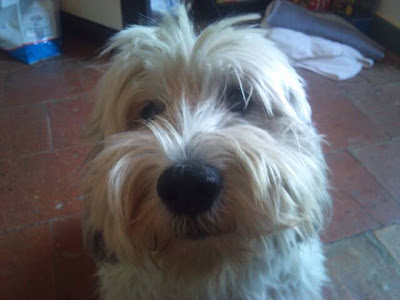 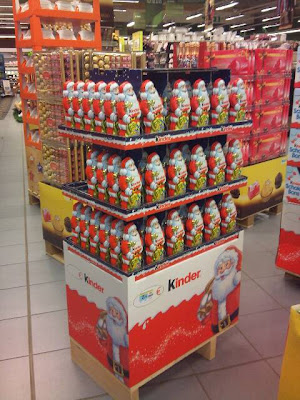 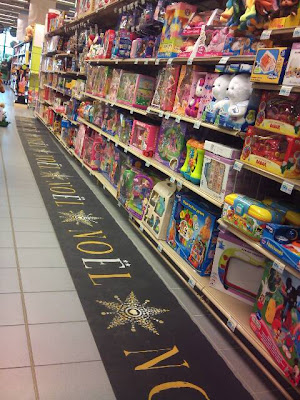 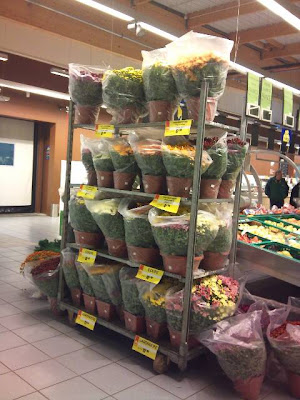 Off bright and early to the local supermarket with Wilf. It had rained heavily overnight and he was decidedly reluctant to set foot outside the house. His nose poked enquiringly out of the front door but the rest of him remained firmly rooted in the warmth inside. Our boy is clearly not a believer in the old school view that exposure to fresh air is good for you. He patently did not have a Scottish mother.

Use of the magic word 'croissant' and he was scampering across the courtyard and into the back of the car. Forget those stories about dogs that know two hundred different words. When it comes to food this boy is a world beater in the intelligence stakes . French, Italian, English, German , Swedish - the language doesn't matter. If its edible he knows the word.

Overnight the local supermarket has been attacked by Santas little helpers. The shelves have become piled high with garishly coloured soft toys, a carpet with the word 'Noel' in large woven letters has appeared, and chocolate Father Christmases have seized control of the confectionery counter. If you missed all of these pointers to the imminence of the festive season then the rendition of 'I'm dreaming of a White Christmas ' over the tannoy would surely do the trick. Despite it all this is still France. A large delivery of chrysanthemum plants had just been received ahead of All Saints Day. The staff were busily setting them out alongside the fruit counter. In a weeks time the cemeteries will be a solid carpet of colour.

Back home via the cafe to read the paper, have an early morning coffee, and maintain that daily routine that enables us to pretend that nothing is changing. Wilf still peers out from under the table cloth , his face still beams when the absinthe drinkers greet him with a unisoned ' Bonjour Wilfeee ' but the walk from table to car is now , noticeably, slower.