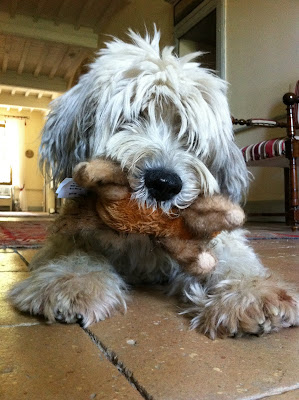 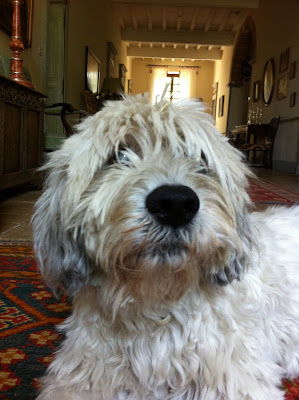 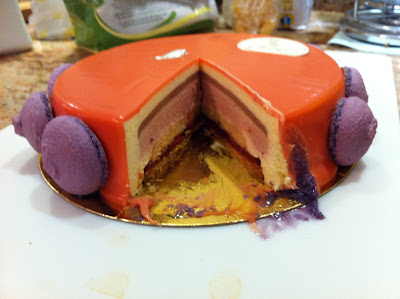 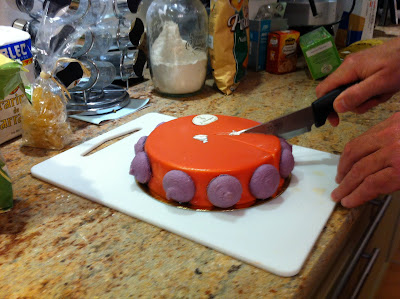 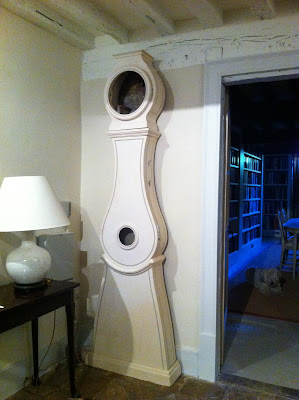 The clockman arrives with the mechanism for the old grandfather clock that was found in the attic . He goes away with the mechanism for the old Swedish clock in the downstairs hallway . " No wonder it's not working " he says . " Some chump has rehung the weights on nylon rope " . The chump remains silent but escorts him , quickly , to the front door .
Time to try the bakers seasonal raspberry cake . Delicious . ' The font ' counts no less than six separate layers of marzipan , fresh mousse , sponge , creme fraiche , jam and raspberry coulis . Strange how our little market town should have a baker that produces such wonderous things . In some ways France remains gloriously different .
Somehow Wilf has rubbed the inside of his front paw raw . He can't put any weight on it . A quick trip to the vet to make sure it's nothing serious . The prim Parisienne is on duty but just as the family fellow is about to go in to see her a second , kinder , vet arrives . Wilf and ' the font' are delighted with this change of personnel . He has the pad inspected and cleaned. Sore and tender but nothing worse . He should be better in a week . Paw problems are apparently common in diabetic dogs . Wilfs , somewhat delphic , view on the days events ? " A gentleman is a man who can play the accordion but doesn't " . .
Posted by Angus at Wednesday, June 29, 2011