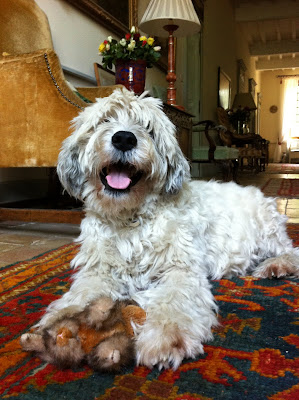 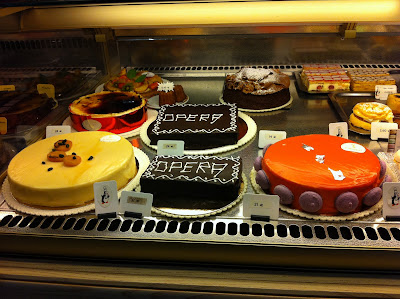 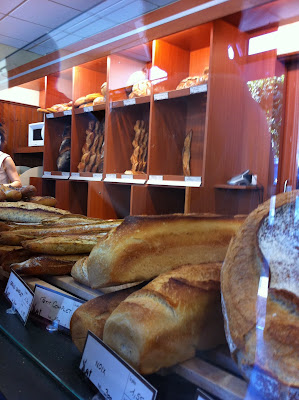 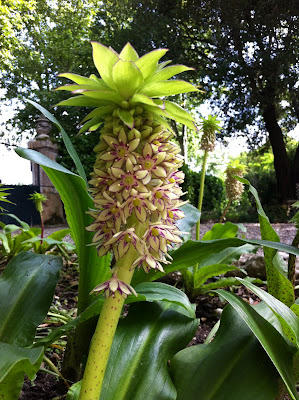 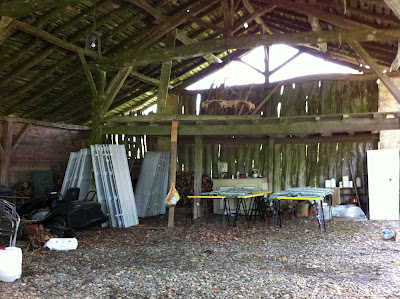 It's hot . 41 degrees yesterday . The heat so violent it's more of an enemy than a friend . General de Gaulle , the painter , has set up a production line in the shade of the barn . The shutters , which were first taken down to be sanded , then painstakingly rehung , have now been taken down for a second time so that the undercoat and top coats can be applied . The thought that there must be an easier way of doing things is left unsaid . Angus has learnt that anglo-saxon logic and French logic sometimes make uneasy bedfellows .
In the garden the slow process of clearing fifty years of neglect is allowing some weird and wonderful growths to reestablish themselves . Under the palm tree in the courtyard a score of exotic pineapple lookalikes have suddenly emerged from a long , weed covered , hibernation .
At the bakers the lady behind the counter slips Wilf the ends from a baguette. Hard and crispy and still warm from the oven . An early morning , lip slapping , treat . Angus buys the bread and a raspberry cream cake that the baker says is his summer speciality .
Wilf continues to sail through life . His attitude to advancing years and illness : " I plan on living forever . So far , so good " . A furry testament to the life affirming power of croissants , coconut ice cream and tickles.
Posted by Angus at Tuesday, June 28, 2011