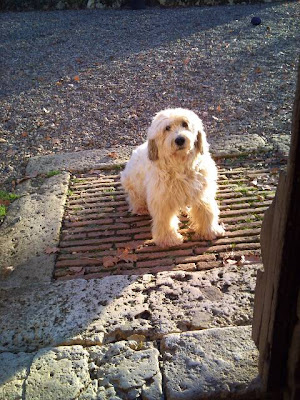 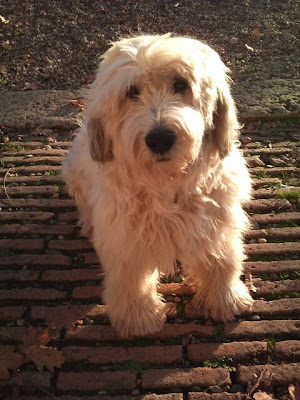 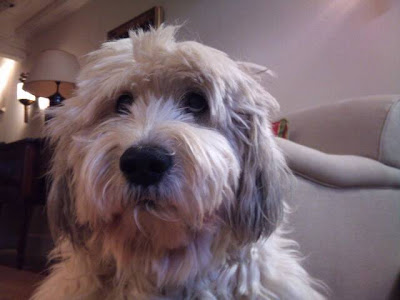 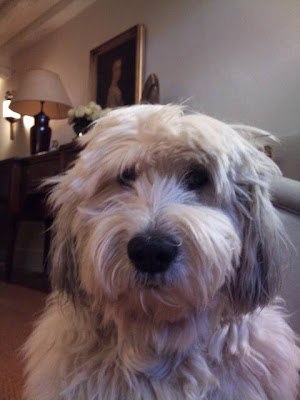 As far as Wilf was concerned it was a day for staying close to home, dozing on the door step and generally doing as little as possible. Not even the promise of a trip to the cafe for croissants and a hair tousling would get him to move. We were concerned about his lethargy but as 'the font' observed, any dog that can cover the distance from the downstairs door to the upstairs kitchen in three seconds flat still has plenty of fight left in him.

While our little touch of paradise continues to bask in bright sunshine the rest of Europe remains shrouded in snow. Even Paris and Frankfurt have cancelled 40% of their flights. As for Heathrow the less said the better. The repeated ineptitude of this airport a national embarassment. Let's wait to see what today has in store before panicking.

A telephone call to say the Glasgow Rugby team have delayed their match until seven o'clock tonight. A cynic might wonder if they're reluctant to leave the southern sun and return to the cold of Scotland. The kilted fans,sitting drinking at the tables on the central square in Toulouse, seemed happy enough. The delay was welcome. The sturdy little Volkswagen chose yesterday to have another of its temperamental moments and was hauled off to the garage. A reminder that it really does need to be replaced.

In town I literally bumped into the joiner coming out of the cafe. " When might we see you up at the farmhouse again ?" I asked. ' Oh! In the New Year M'Ongoose. In the New Year ' he replied cheerfully , sauntering off with a wave and a smile. Very helpful. My thoughts were less than seasonal. At least we know he's still alive. Now all we have to do is find the electrician, plumber, tiler, gutterer, and decorator. Mental note :- Never try to restore a rickety old house when you're actually living in it.