A hint of punk in his hairstyle. 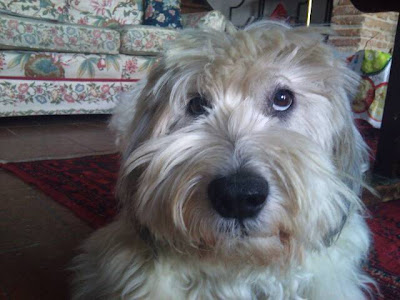 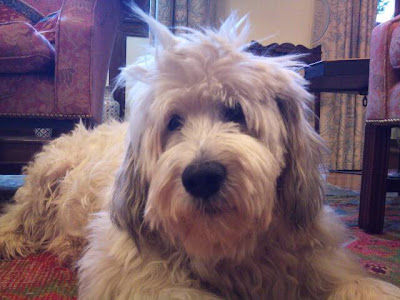 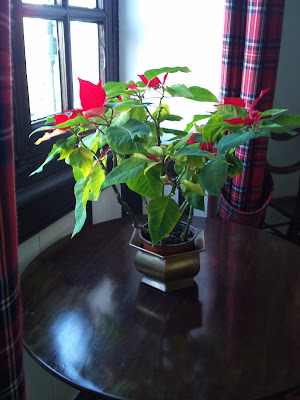 A good week for Wilf. He's tasted a meringue in the bakers, had croissant crumbs drizzled into his mouth at the cafe and been given coconut ice cream at home. The only downside for him was that he had a bath. His first, much needed, encounter with water and shampoo in eight weeks. This morning his coat is warm, soft and sparklingly clean with just a hint of punk in his hairstyle.

No hiding the fact that he's getting tired more easily now. His time is divided between sleeping, eating, being fussed over and going for gentle ambles. A stable, surprise free routine. Thankfully, there's still no pain and his quality of life is second to none. But his senses are dimming and his entire world is getting smaller. This week for the first time his joints stiffened and he wasn't able to leap into the back of the car. He accepts being lifted up and down with all the grudging grace of a grumpy, old retired colonel .

In the 'tartan' family bedroom at the end of the upstairs corridor a huge surprise. One of last years poinsettias has not only survived but its leaves are turning red again. In the afternoons , when he wants peace and quiet, Wilf wanders into this bedroom and dozes on the sunny floor. It's as if he's waiting for the rooms occupant to come back home - his herding not complete until all his flock is accounted for. Dogs communicate with us in so many ways.