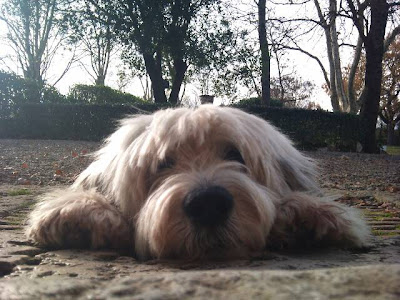 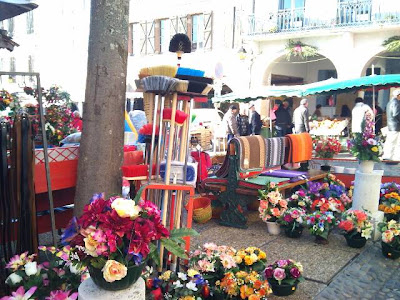 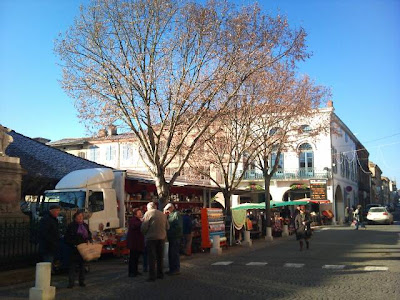 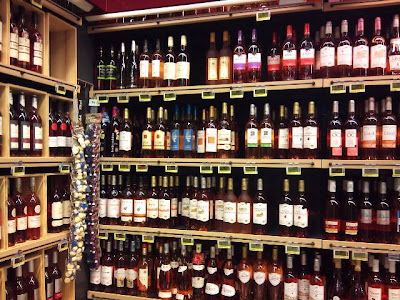 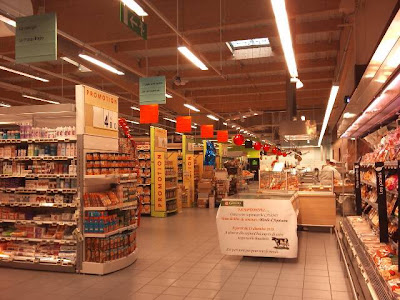 The three lady professors from Cincinatti are heading home today. Quite how the three of them - without even a smattering of French, insufficient warm clothing and an inability to drive a stick shift - ended up in this most rural and isolated part of France still remains a mystery. The term 'otherworldly' seems quite an apt description for our angora cardiganed academic trio. Over dinner they announced that they will be going to visit Merv in Lebanon for Christmas. I thought the middle east was rather a brave choice of venue but soon discovered that Lebanon is a town in Ohio. Probably a wiser, if less adventurous, choice for the holidays. Hezbollah and Mervs show tunes would make unlikely bedfellows.

While 'the font' drove the trio to Toulouse for the first flight to Paris , Wilf and yours truly did the Sunday shopping. For once the little supermarket which ministers to our daily needs was completely empty, the absence of jostling farmers wives giving me a chance to study the wine racks at leisure. One of the peculiarities of this part of France is that rose and red wines are drunk in prodigous quantities while white wine is relegated to a distant third place on the supermarket shelves.

On our way home a quick detour to the Sunday market. While Wilf waited patiently in the back of the car I bought bread and cheese. Two marvellous stalls - one selling plastic flowers and the other esoteric kitchen items. Who buys these things ? We were going to the cafe but Wilf has had a rather difficult night. The poor old thing hasn't been able to keep anything down and has been out into the garden every two hours. Hopefully, the result of something indescribable he's eaten while out scavenging rather than anything more serious. It will be plain rice for the next 24 hours. He's now resting, looking glum,on the front step and I'm going upstairs to catch up on my sleep before 'the font' returns.