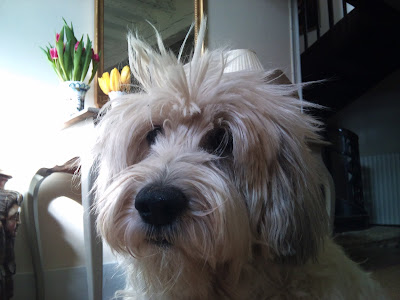 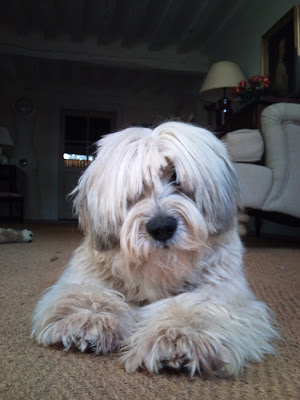 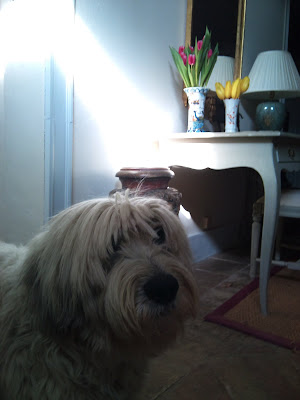 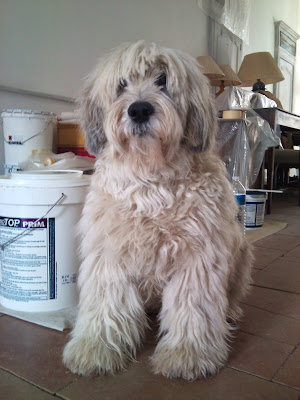 Eight o'clock in the morning. A sewing machine like thrum and crashing of gears fills the air. Madame Bay has arrived in her gold metallic ' Wild Child ' voiturette . Today, she is wearing a lime green turban , black leggings and what appears to be a kaftan like garment crafted out of orange and red deck chair material. As a crowning touch the turban is fastened at the front by a large black brooch. Having freed himself from one of Madame Bays emotional greetings Wilf scurries out into the courtyard with a look that seems to say : " Blimey ! That turbans straight out of Ali Baba ".

Where Anglo-Saxons are coy about medical matters the French are not. It seems that Monsieur Bays ' trouble ' has returned. " Not a wink of sleep M'Ongoose. Not a wink of sleep ". The concept of too much information clearly alien to a nation that thrives on hypochondria and talks about illness in much the same way as we might talk about the weather. Thankfully, my French is insufficiently advanced to understand the intricacies of what Monsieur Bays ' trouble ' is. I would doubt if even 'the fonts' French course will help us in this regard.

The young postman arrived late in the afternoon. Wilf barks dutifully.He brings with him two issues of the New York Review of Books, the January edition of Rugby World and what appears to be three weeks worth of mislaid post. " I'm getting the hang of it " his pre-emptive greeting. Exactly how much is there to get the hang of in a village of sixty three inhabitants ?

Wilf doesn't even stir during his evening insulin injection. A task 'the font' usually carries out with Swedish efficiency. Only one pit stop at two thirty. He was however drinking a lot through the night. Hope my injection technique got the insulin into the blood stream.