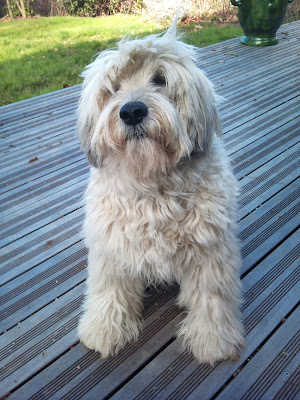 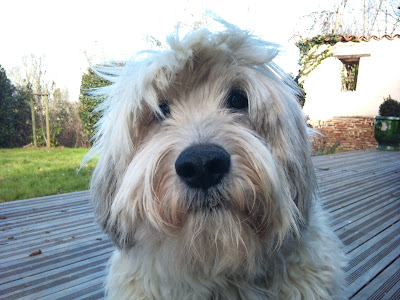 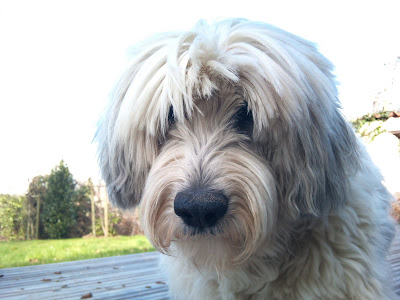 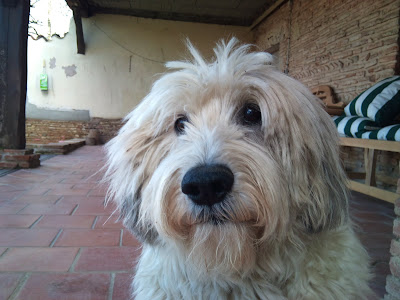 For Wilf a day to get acquainted with the new postman. The mail used to arrive around noon but now we're lucky if it gets to us much before three. A cheerful " I'll get the hang of it soon " from the young replacement. A bark from Wilf. In the evening the town council meeting in the village hall. On a podium by the kitchen , the mayor, the deputy mayor and the little lady in the purple hat. Some thirty folk sitting in the body of the hall. The new day-glo orange plastic chairs being used for the first time.

The mayor gives his review of the years events. At least that is what we think he did. The microphone, rigged up by the Chairman of the beautiful byeways committee , had chosen this very moment to start working intermittently. The mayor speaks softly. Very softly. His twenty minute summary of the high spots of 2010 , such as they were, sadly inaudible.

Then the questions. Will the roses by the war memorial be replaced ? What is happening about the dead pigeon in the clock ? Who is going to fill in the pothole by the speed bump ? Finally, a rather dour looking gentleman stands to ask what the mayor intends to do about the influx of foreigners taking over the village. A communal intake of breath. Embarrassed sideways glances at the two of us. It seems that not everyone is happy that non-French are present in the community.

A no-nonsense reply from the deputy mayor. If it wasn't for the foreigners houses would stand empty, there would be fewer jobs, and the tax base would be smaller. Then she turned towards us and said that half of the villages foreigners were present in the hall and were very welcome. Clearly, the old misery had no idea who we were.

Afterwards much apologetic mumbling from our neighbours and the mayor. We find it highly amusing. The two German billionaires in the chateau and now the two of us in the rickety old farmhouse. Watch property values fall if the influx of incomers continues. No two ways about it. The neighbourhoods going to the dogs. The Polish Lowland Sheepdogs.