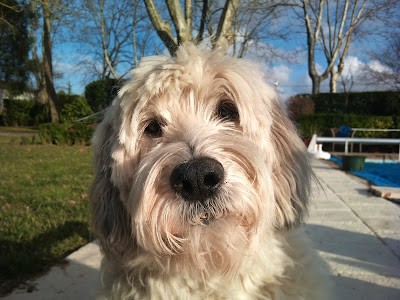 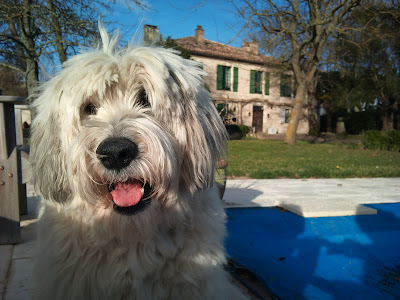 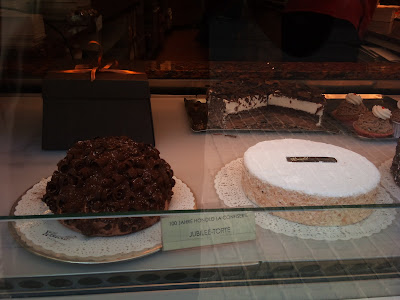 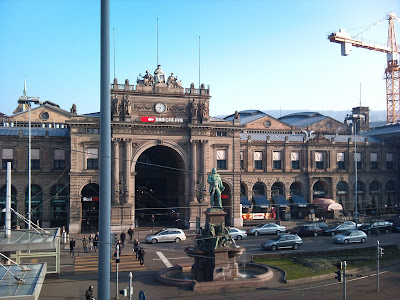 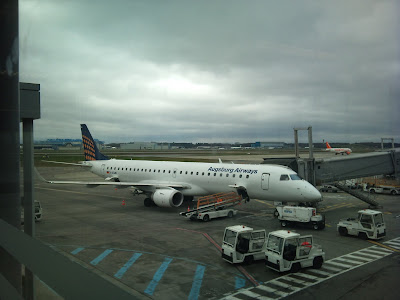 Four Lufthansa flights in twenty four hours. Despite snow, every single one departs and arrives on time. How do they do it ? Now, if only the cabin crew could learn to smile .

Ninety people on the little jet that brings us across the Alps. Eighty nine of them Airbus employees shuttling from the plant in Munich to the plant in Toulouse. No intermingling. The French talk to the French and the Germans to the Germans.

Wilf is waiting in the huge new marble and glass arrivals hall at the airport. Its deserted apart from him, 'the font', a Morrocan family that's arrived four hours early for the flight from Rabat and a smattering of Airbus shuttle bus drivers. Despite the old chaps failing eye sight he somehow knows the very second that I walk through the sliding doors. Maybe it's time to invest in a new brand of after shave ? There again maybe he knows I've brought a cake back from Zurich .

The family fellow used to be the strong silent type. No longer. In the last two weeks he's started to make the most bizarre noises when he's in a happy mood. Neither bark nor growl. More a mix of half bubbling gurgle, half throaty trill. As I approach he flips onto his back and lets out one of these 'trurgles' of pure, reunited joy. At full volume. Everyone stops what they're doing and looks. That dog owner feeling - ' Why here of all places ? Why now ? '. Wilfs attitude - ' Why not ? '.

To the vets this afternoon. The first time in six weeks. He's maniacally drinking a full bowl of water every hour - day and night. Cortisone, insulin or tumour ?