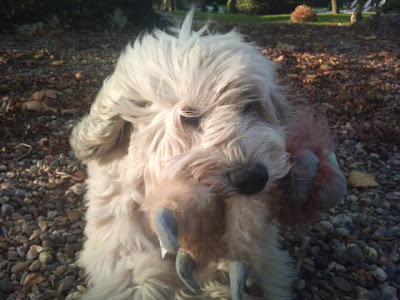 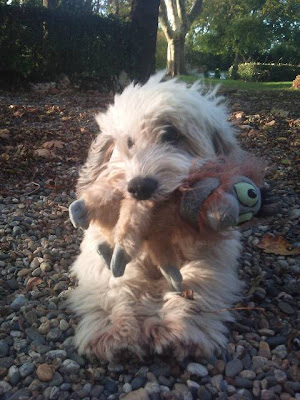 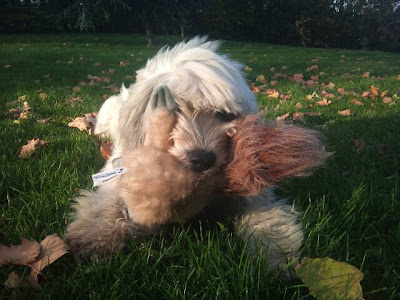 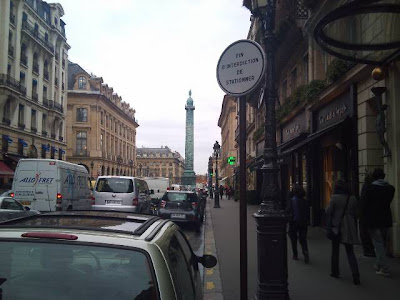 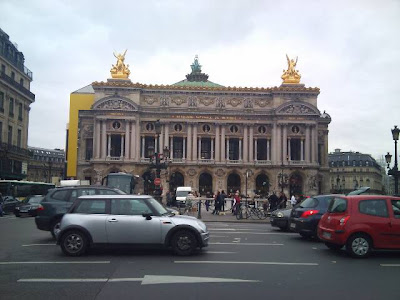 Off to Paris on the Air France shuttle. Mid afternoon departure so thankfully quiet. En route an experience that serves as a reminder that I'm no longer in the anglo-saxon world.

Five minutes before the aircraft doors close a rather attractive lady in her mid-40's scurries on. Blue suit, old fashioned bee hive hair do, one row of pearls, Hermes scarf and the inevitable array of shopping bags. She takes the window seat in the row directly across the aisle. After we're airborne and the seat belt signs go off she's down delving around on the floor. First emerges a small blanket that is carefully spread on the empty middle seat next to her. Then after more delving a little cushion appears. Then after yet more delving a small white Maltese with a diamante colllar and red ribbons is produced and gently positioned on the seat.

When the snack trolley arrives the steward asks the woman if the dog would like some biscuits. He asks this as though having a dog sitting on an aircraft seat is the most natural thing in the world. For the rest of the flight the woman feeds morsels of biscuit to the Maltese, all the time keeping up a conversation with the dog and the unconcerned stranger in the next seat . Prior to landing dog, cushion and blanket all disappear back onto the floor. Try doing that on United and see what happens. Wilf would be a nightmare on a plane. He'd sniff out the galley and do his best ' I'm an orphan dog that's never been fed' routine.

A long chat with 'the font' before turning in. Why had my hosts put me up in a hotel next door to where the Chinese President was staying ? Streets closed, security a nightmare and the charming, baton wielding gentlemen of the Compagnie Republicaine de Securite on every corner. Wilf continues to defy his prognosis and enjoyed a healthy helping of slow cooked spaghetti bolognaise -' heavy on the bolognaise, heavy on the spaghetti' - with his dinner kibbles. One happy, mucky muzzled hound.