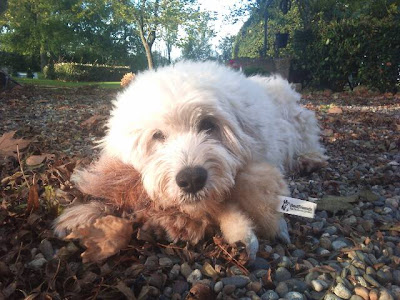 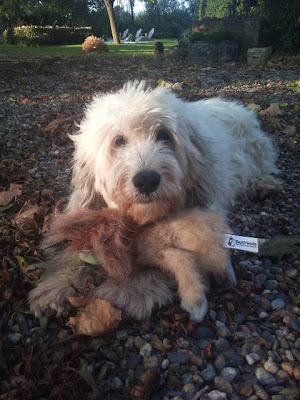 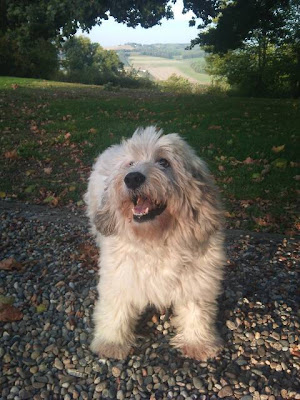 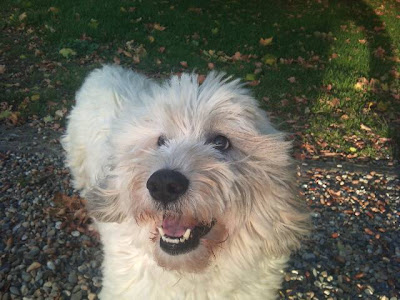 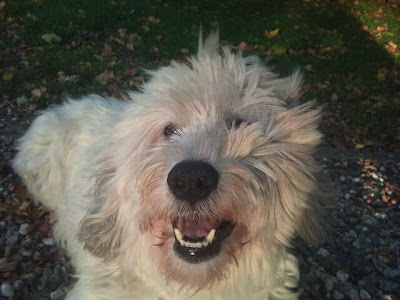 Wilf put up with all the prodding and poking at the specialists without a murmur of complaint. He remains Mr. Affable. The good news is that he is not in any pain. It seems that the Cortisone treatment has, for the moment, arrested the growth of the large tumour on the spleen and halted the metastasizing spread from the lung .

The specialist has recommended that we come again in ten days time for another check up. The agitation and barking at invisible intruders that kept him awake until four on Saturday morning is just one of those neurological side effects of the carcinomas . The promise of another ten days, or more, is a wonderful pre-Thanksgiving gift. Maybe he will get some Turkey and gravy after all.

Come seven o'clock the wine was opened and Wilf followed a glass wielding 'font' into the kitchen. For the next two hours he sat patiently in the middle of the floor watching dinner being prepared. Wide eyes moved first this way then that as ingredients were brought out of the fridge, packets opened, seasoning measured and gas rings turned on and off. Everything was of interest. Last night a special treat was in store. Monsieur Bay and his band of septaguenarian hunters had somehow stumbled across a truffle on one of their expeditions . It wasn't a big truffle, nor a particularly marketable one, in fact it was decidedly mangy, but it was a truffle and very gratefully received. As 'the font' sliced it into tiny slivers Wilf suddenly came completely alive. He closed his eyes, inhaled deeply, threw his head back and let his tongue prescribe a 360 degree muzzle lick. Ecstasy.