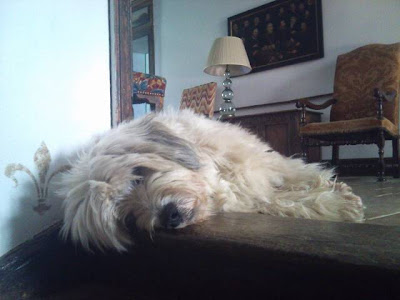 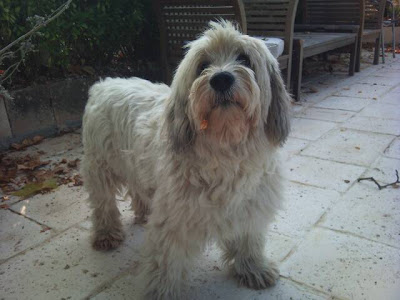 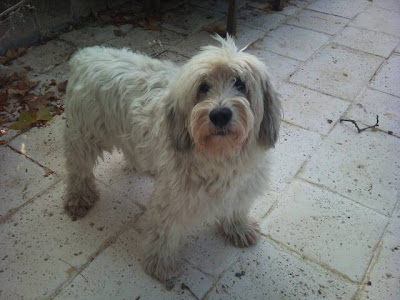 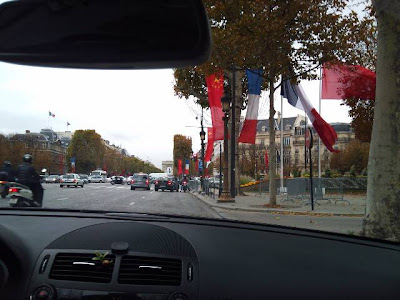 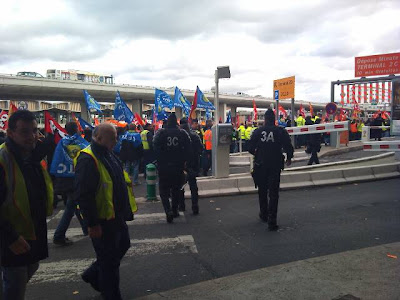 To avoid the gridlock caused by the state visit of the Chinese President took an early flight back from Paris. The Champs Elysees festooned with flags. Got to the airport in plenty of time only to discover that the unions were blockading the terminal - yet another strike over the hike in the retirement age. The traffic wasn't moving slowly - it just wasn't moving. Out of the cab on the flyover and a twenty minute jog through the seried ranks of riot police and Compagnie Republicaine de Securite to check in. Miraculously, the shuttle to Toulouse was only delayed by quarter of an hour.

Next to me on the plane a young man who hadn't visited a barbers in some time. Straight after take off he suddenly produces a rucksack from under the seat. First he draws out a large slice of raspberry cream pie which he rapidly devours. Then he forages some more and pulls out an envelope. He first sniffs the front of the envelope then turns it around and smells the back. Then he opens it , pulls out the letter inside and repeats the process - inhaling the scent on the front , then turning it around and inhaling deeeply from the other side. Satisfied, he then let out a low moan of ecstasy and fell deeply asleep, letter still unread, in his hands. How amazing that in the era of e-mails young French lovers still send each other perfumed letters. Mark you, no self respecting Anglo-Saxon male would be caught dead inhaling a perfumed letter in public. Another reminder that the French are different.

Wilf is in the airport terminal waiting for me. Having played with the sliding doors and introduced himself to three little old ladies he has got bored with the wait and has turned on his back and is snoring gently. In legs akimbo mode he is quite oblivious to the smiles and laughter of the other people who are waiting in the arrivals hall. As a special reward for his patience he has a long, unhurried, tyre christening walk through the car park. Citroens, Peugeots, Renaults, all investigated and marked for future reference - "Wilf woz 'ere ".

PS. If you get a chance please drop in to www.twospecialwires.blogspot.com who have a very caring message for all animal lovers.