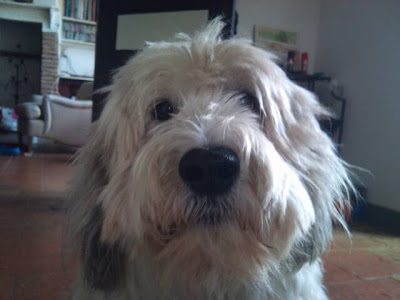 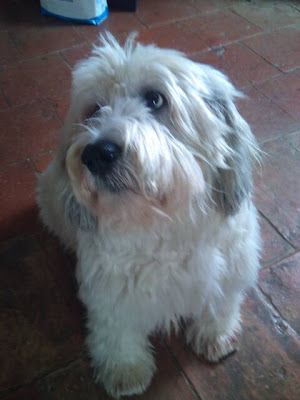 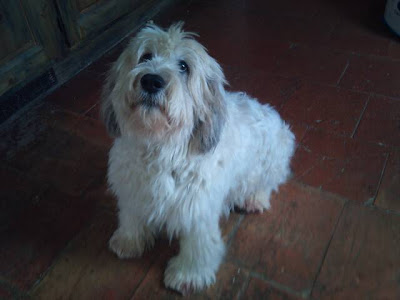 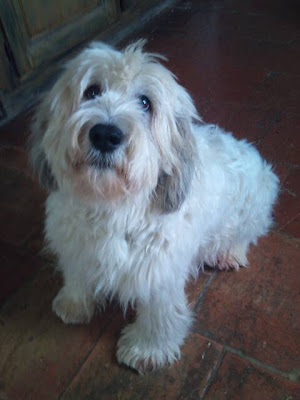 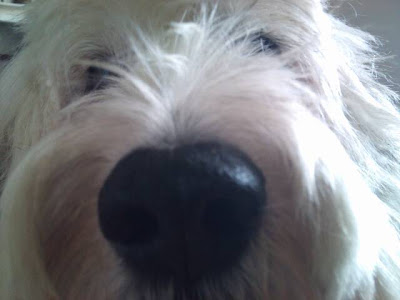 Into breakfast to find a turbaned and house coated Madame Bay seated at the head of the table with a large pile of hot buttered toast and a jar of marmalade. Wilf had cannily positioned himself on the floor at her feet and was listening attentively to some lengthy diatribe about Hugo, the husband of Madame Bays long suffering daughter Delfine. It was difficult to piece together exactly what Hugo had done this time other than it alternated between being 'imbecilic ' or 'extremely imbecilic' and had apparently cost a lot of money.

Wilf may be physically slowing down but when it comes to extracting food he's as quick and nimble as ever. Every twenty seconds or so Madame Bay would punctuate her invective by spreading maramalade thickly on a piece of toast, taking a healthy bite, then breaking off a piece for Wilf. In return Wilf would turn his head as if to say " she's a princess that girl, a real princess" or " that man doesn't know how lucky he is " or sometimes simply " Men ! - By the way this toast is delicious, did you make it yourself ? ". Toast and marmalade finished Madame Bay bustled off while Wilf settled down where he was for a little doze. Both in their own way equally happy. Wilf the marmalade eating confidante and conversationalist.