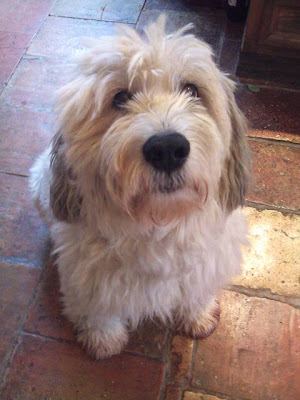 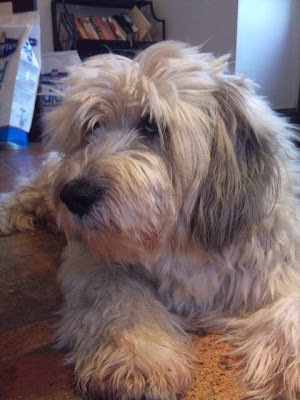 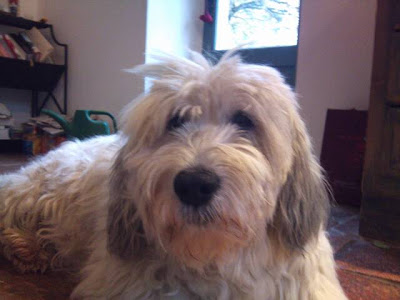 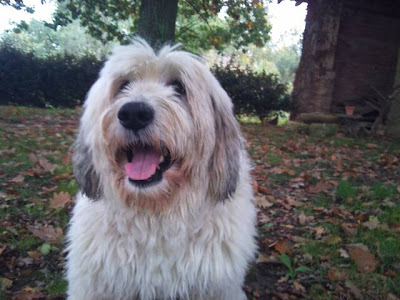 Seven thirty in the morning and 'the font' is off in the dark with the three lady professors from Cincinatti. They are being driven to the airport at Toulouse to rent a car and pick up their old friend ' Merv ' who is coming to stay for two weeks . It transpires that Merv is something 'big' in the graduate school, is a 'hoot', and simply adores show tunes. Those famous last words : " You'll love him ". On a more practical note it seems that Merv also knows how to use a stick shift - a skill set quite beyond any of our angora wearing academics . What show tune loving Merv will think of life in a village of two speed bumps and ten street lights remains to be seen.

Wilf is settled on his favourite blanket . Aude, our bipolar decaratrice, has returned to give the doors in the hallway another coat of paint. We were under the impression that the paintwork had been finished so her reappearance is something of a surprise. There again many things to do with the rickety old farmhouse are a surprise so in a sense we're not surprised. For his part Wilf is delighted just to lie and listen as Aude conducts lengthy dialogues with her invisible partner(s). He is 100% convinced that she is conversing with him. Occasionally he'll rouse himself from sleep and raise a shaggy eyebrow in agreement.

Outside, Loic the gardener is hard at work in the courtyard with the petrol powered leaf blower. He has turned up this morning with very thick new bifocals. These should hopefully improve his eyesight. I am nonetheless under strict instructions from 'the font' to keep an eye on him and make sure he doesn't get hold of the shears or anything else that is sharp or dangerous.

Madame Bay popped in briefly to tickle Wilf and tell him that she would see him next week. There was a time when I would have thought unscripted behaviour like this odd. Now I find it rather touching. She brought with her a small canine lunch gift of jambon a la broche sauce chataigne et sa puree de pommes de terre chataignes.

To complete our Wednesday morning cast of characters the plumber has shown up to deal with the boiler. I turned on the heating yesterday only to discover as I did so that a jet of black oil shot out of the back of the furnace with great force.

And to think that just a year ago the family were worried that we would turn into recluses in this quiet corner of France profonde. Some chance !
Posted by Angus at Wednesday, November 10, 2010