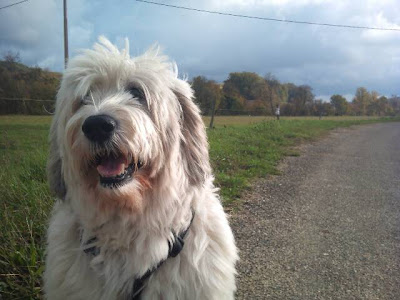 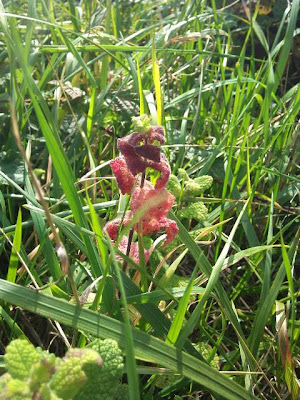 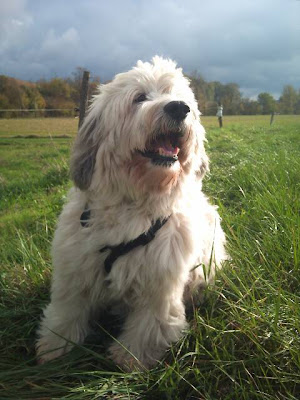 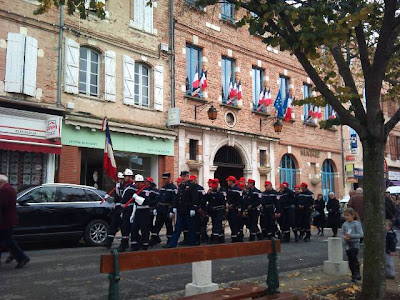 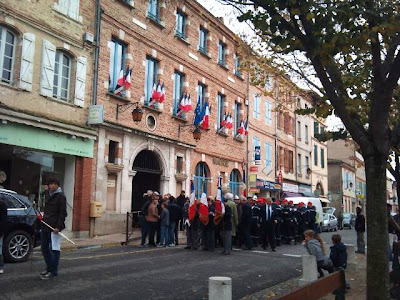 Here on top of our little ridge a wild, banshee wind is battering the rickety old farmhouse, rattling the shutters and efficiently stripping the last of the leaves from the trees. Miraculously, down in the valley it's as calm as a May Day. Wilf and I sat at the cafe in the market town watching the firemen form up and march off to unveil the restored statue to the 1870 Franco-Prussian war. This ceremony was supposed to have happened yesterday but somehow didn't.

The village Armistice service was a sweet, kind, heartfelt sort of affair. The mayor read out something official and uplifting that only those in the front row could hear. Then he recited each of the thirty two names on the war memorial. A pause between each and a response ' mort pour la France. The mayors grandfather the first on the long list, the lady in the purple hats ancestors the ninth and Madame Bays the eleventh. To finish the little lady in the purple hat sang the Marsellais in a quiet, declamatory way. A reminder that behind the brass bands and martial bravado all national anthems are really simple conversations about lifes two lasting emotions - happiness and sorrow.

In the afternoon a walk with Wilf through the fields. The verges of the lane alive with slipper orchids , the sky a pandemonium of scudding clouds. After ten minutes he uncharacteristically settled down in the middle of the path, head down, nose to the wind, ears flapping. I knelt by him stroking his tired head. The realisation that long walks are now a thing of the past - memories to be retained and savoured in gentle sleep. We turned and headed slowly back home. Another marker on his journey .