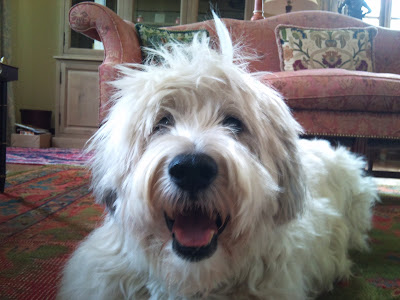 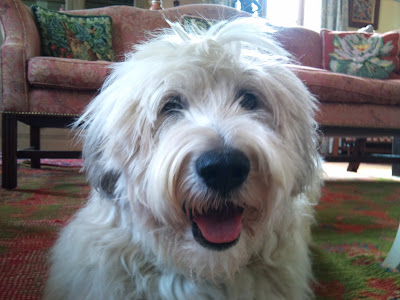 The third week of January and the old farmers electricity devouring Christmas star and lights are still twinkling merrily away. Pilots coming in to land at Toulouse airport during the night must thank him for making their job easier. What earthly reason could there be for having your Christmas lights up at this time of the year ? French tradition ? Or, a sign of his bloody mindedness ?

Yesterday, he was up a step ladder trimming his box hedge with a pair of shears. Nothing unusual in that you say . True, but then most people don't trim their box hedge in the middle of a winter afternoon wearing nothing more than a string vest, a pair of black briefs, black socks and sandals.

The electricians showed up on the dot of nine. New power sockets in the library and kitchen , lights in the utility room and new door lanterns upstairs and down. When leaving he pointed to the half finished gutters and said " you really should get them fixed ". I bit my tongue.

Wilf spent most of the day supervising the electricians. After lunch they returned with a peace offering of a small pack of biscuits which he enthusiastically devoured. The family fellow has a new schedule for his insulin injections. One at seven in the morning and a second smaller one in the evening at seven . Only one pit stop last night so it seems to be working. There is an air of mischief about him this morning.

We await the arrival of Madame Bay.