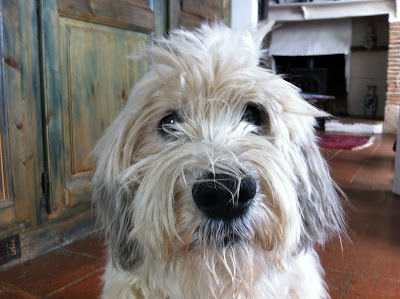 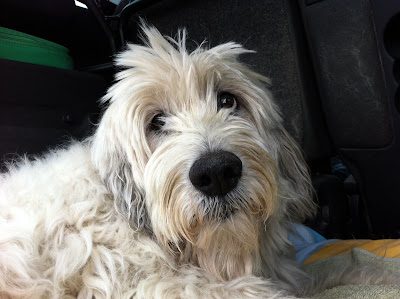 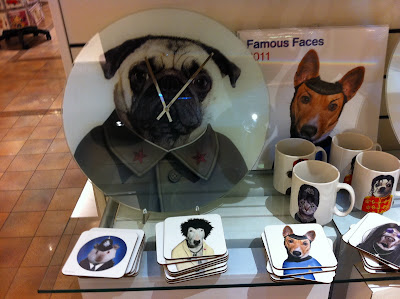 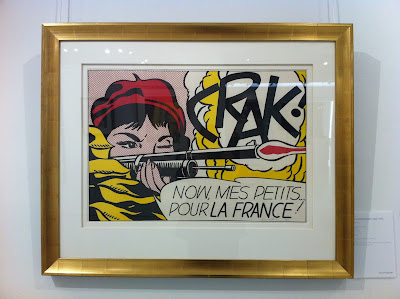 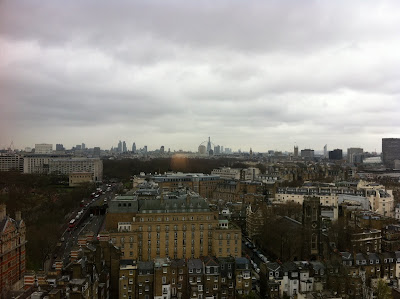 The plane back from London full of cheerful French rugby fans wearing broad brimmed multi-coloured ' novelty ' sombreros and a group of eighty or so American school kids all sporting jackets that say ' New York European Tour 2011 '. At 36,000 feet over Le Mans the youngsters , en masse, burst into a rendition of Shenandoah . The French rugby fans look bemused. On balance the singing of spirituals on aircraft should not be encouraged. Winsome ditties possibly. Show tunes maybe, but sombre spirituals ? No.

Sitting happily looking out of the window a stewardess suddenly appears and asks me, 'Where do you live ?' " Near Toulouse " , I reply. ' Oh, I'd never have known. You speak such good English '. With that she was off , with her trolley, down the aisle. Bizarre. A lesson there about instant judgements. Perhaps it's a new British Airways, 'talk to the passengers', routine.

London , wet and humid. To Harrods for a soft toy for Wilf. A clock with a picture of a pug dressed as Chairman Mao and a fun Roy Lichtenstein art work among the things that catch my eye.

'The font' comes to collect me at the airport. Wilf starts out across the car park on his favourite, tyre christening, walk but after thirty metres it all proves to be too much for him. He sits down on the tarmac and refuses to move. Not panicked but unhappy. He's picked up and carried back to the safety and comforting smells of the car. That's where I find the two of them. Tail gate down, sitting, chatting merrily away, in the late afternoon sunshine. The new, shared, routines of life with an old blind dog. Wilfs attitude. " Don't let what you can't do interfere with what you can do ".