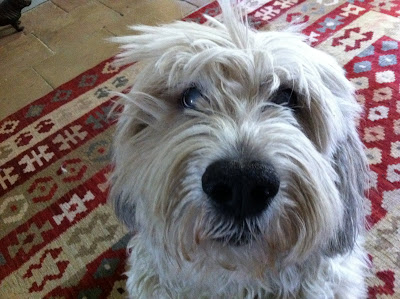 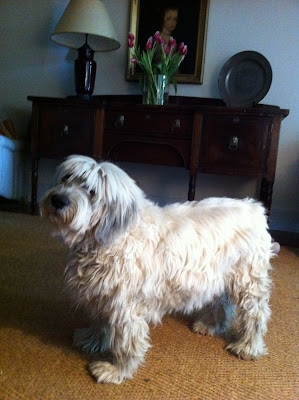 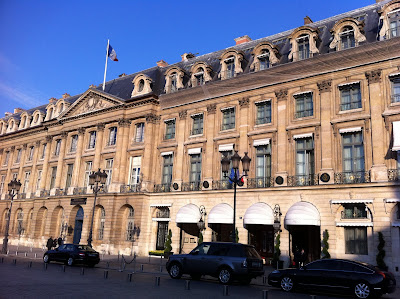 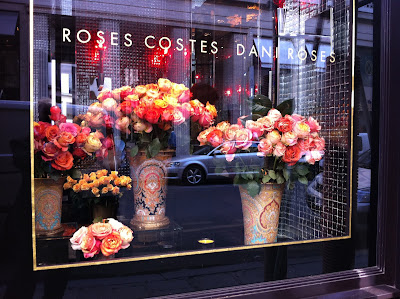 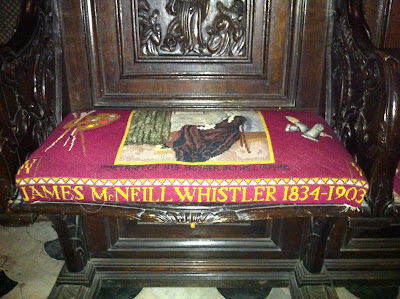 Ever noticed that when the plane you're on is late, the one you're connecting with is on time ? So it is that we have the chance for a leisurely lunch in an unseasonably hot Paris. One of the great secrets of visiting France ; the best hotels do set lunches at outstandingly reasonable prices. In the cool of the American church we spot a prayer cushion in memory of the artist James McNeill Whistler. A copy of his picture of his mother delicately embroidered on the top. Then time enough for a wander past the shops on rue st.honore before a restorative glass of champagne in the Ritz. After the death of Diana it's probably become the most famous hotel facade in the world.

While I'm saying farewell to 'the gannets' Wilf frets. No less than four pit stops last night. One very tired ' font' dealing with those rampant blood sugar levels. When I get back from the airport he looks at me sternly. " Where do you think you've been ? ". Strange . While we worry about him, he worries about us. Guess that's what makes a family dog.