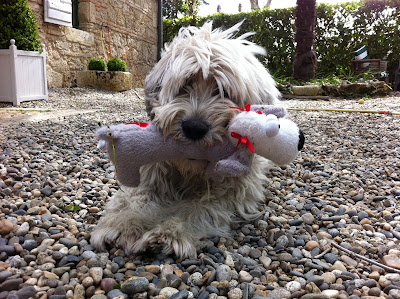 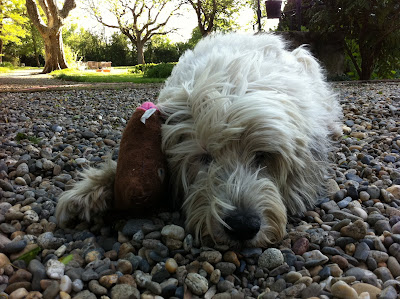 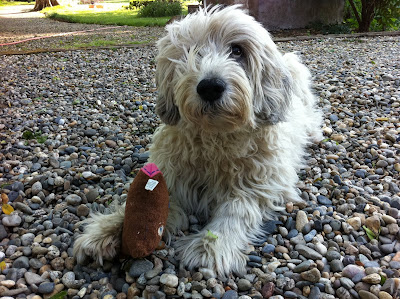 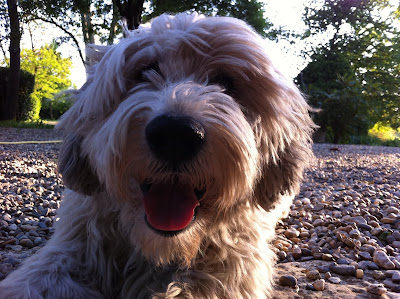 Easter Monday. A national holiday here in France. The only activity a dozen or so blackbirds grubbing under the oak trees and an old blind dog ambling slowly across the village green. Even the quarrelsome frogs have entered into the spirit of things and fallen silent. And what silence it is. In Britain or Italy you'd always catch the sound of a petrol engine buzzing away somewhere in the far distance , but here, nothing at all to disturb the measured calm.

It won't last. Yesterday two large tour busses arrived mid-morning to disgorge a hundred or so pilgrims from Munich. They get off here, walk the eight miles to the abbey church at Auvillar, have lunch in a Michelin star restaurant and are then whisked off in air-conditioned comfort towards another unsuspecting little village . By Tuesday night they'll have made it across the Pyrenees, along the northern coast of Spain and be within an hours walk of the great pilgrimage church at Compostella. It seems that another two bus loads of red cagouled wanderers are going to arrive here this morning. Pilgrimage the modern way.

Wilf continues with his own unhurried journey. He sleeps a lot, enjoys his three times daily ventures along the lane and positively relishes meal times. Thankfully, the anti-inflamatory injection coupled to the Atropine have reduced the swelling in the eye. No need , at this stage, for surgery. Sometimes he gets frustrated with his blindness, an inability to understand why doors aren't where they're supposed to be or why his water bowl has moved. Overall though he's happy. No pain, a lot of trust. Taking each day as it comes.