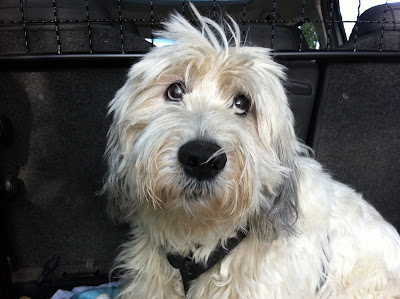 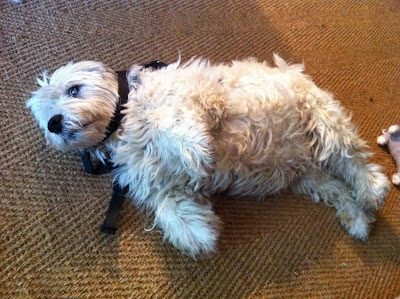 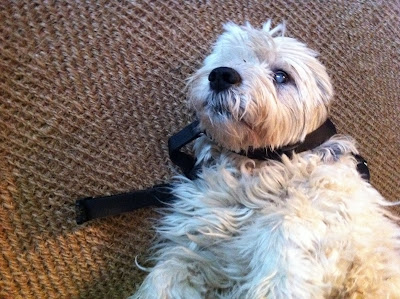 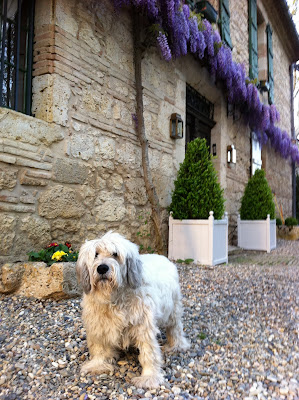 Two nights of deep, uninterrupted sleep. Then a troubled night with no less than four 'pit stops'. Followed by another night of solid rest. The family fellow snoring, loudly, right through until six thirty. Diabetes is a strange bed fellow. What is it that causes these changes in his sleep patterns ? Stress, diet, over excitement, perhaps a variance in the insulin dosage or composition ?

Amid much laughter Wilf refuses to wake up and put on his harness for an evening tour around the village green. Wilful resistance. A dinner toast to our miniature polar bear. Six months since he was first diagnosed with cancer. Two years to the day since he and his brother fought six masked gunmen. An anniversary I'd forgotten but the family hadn't. Wilf certainly knows the the importance of the time he is given. He's a fighter .