There, the similarities end. 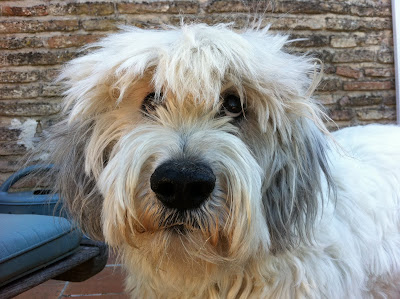 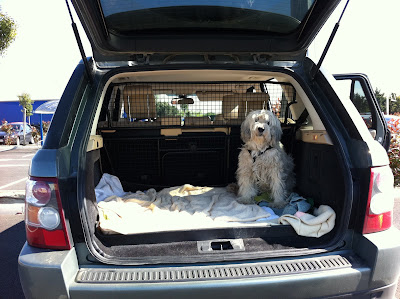 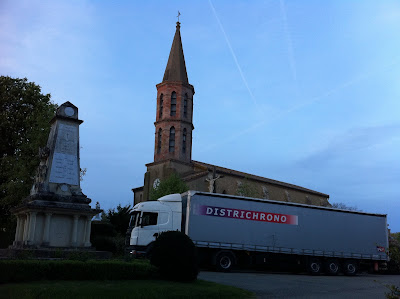 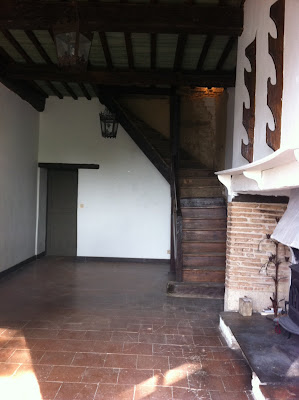 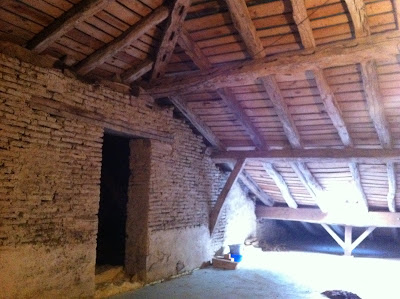 Three in the morning. Pit stop time. For the last hundred days , without any problems, Wilf has followed me out of the dressing room, down the stairs and out into the garden. Not last night. Somehow, the old fellow made a wrong turn and found himself alone in the empty morning room. There he was , head down, circling round and round and round, looking for a way out. A reminder that there is no such thing as an established routine with a blind dog. They are totally reliant on you no matter how often they've done something.

The builders inserted a window into the attic roof and removed the panelling from the old staircase. They've agreed to build the replacement in their workshops and slip it into place at the end of next week. This way the upset to Wilfs routine will be reduced to a minimum.

Last night shouting and angry words carried from across the village green. A long distance truck driver had chosen to ' park up ' for the night on the tarmac outside the church. He must have reckoned that no one in such an out of the way and apparently uninhabited place would object. Unfortunately, he chose the night when Madame Bay and the ladies of the ' Beautiful Byeways' Committee were holding a cooking evening. Poor man ! Amid much banging on the cab door he was set upon by a dozen apron wearing harridans. The invective ! With much swearing, revving of engine and crashing of gears he drove off. ' The font ' thinks the man got off lightly . He might have been invited into the Salle de Fetes to try the goats cheese, mushroom and anchovy quiche.

Madame Bay has appeared at the kitchen door bright and early . Our saintly septaguenarian is clearly still battle ready. She is wearing a black motor cycle jacket, black leggings, and open toed gold lame sandals. A bit like Olivia Newton John in Grease. There, however, any other similarities with Ms. John , end.

Off to the vets later today. The family fellow hates going and it's been 3 months since we've taken him into the surgery. The whites of his eyes are now red and inflamed. We're hoping its not Lens-Induced Uveitis. Thankfully, the gentle head of practice will be seeing him. Our responsibility as owners clear. No pain.