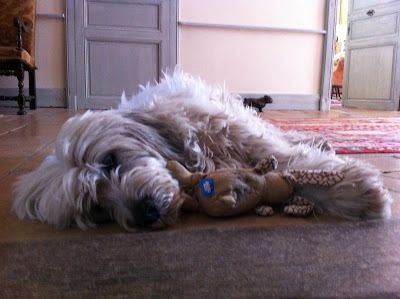 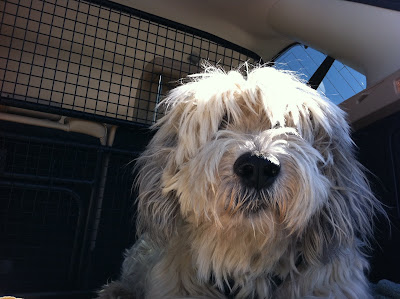 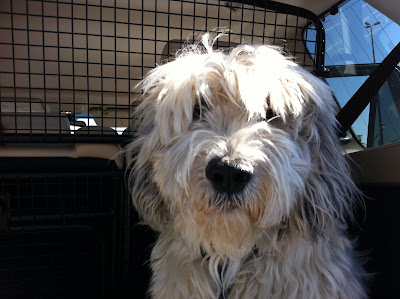 'The font' took Wilf to the vets. The moment the tailgate was opened he sniffed the air and promptly decided this wasn't the place for him. That tried and tested ' I'll pass on this if you don't mind ' look on his face. Twenty two kilos of unwilling PON gently lifted into the surgery and deposited on the floor. A kiss on the top of his head from the kind vet and he soon perked up. Nothing like a chat with a young lady to restore an old chaps equanimity.

The cancer seems to be under control but one of his eyes is severely swollen and red. Either caused by bumping into something hard, glaucoma, or a deterioration in the eye itself. An anti-inflammatory injection, Atropin to dilate the pupil, a prescription for various eye drops, another kiss on his head and he was off. If there's no improvement in the eye by next week we'll have to go to see an opthamologist in Toulouse about the possibility of it being a tumour and the consequences. From here on we're in uncharted territory. Cancer and diabetes well trodden paths. Complications resulting from blindness less so. Through it all Wilf remains Wilf. A gentle and uncomplaining family fellow with mischief on his mind.