See you in the morning. 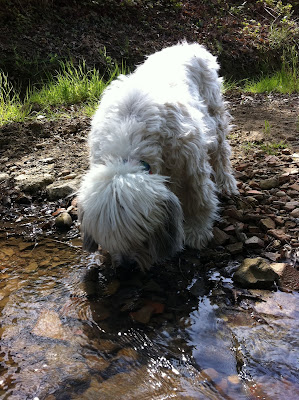 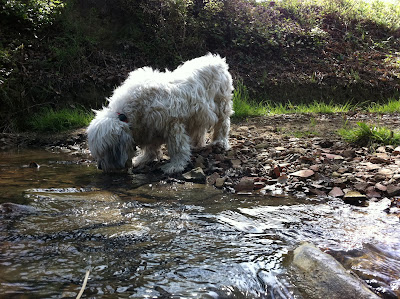 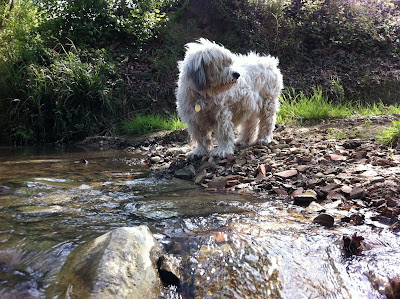 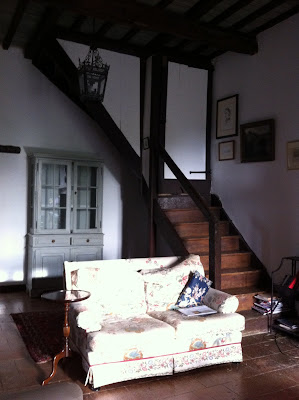 The builder phones at seven o'clock last night to say he'd like to start work on the upstairs kitchen. Today ! Hardly the most opportune of times. The first thought is to delay but 'the font' says that after waiting nine months it would be serendipitous to waste any more time. It's been so long since the builders were here that I've clean forgotten what they look like. Stage 1 involves the replacement of the old staircase that leads up into the attic from the morning room and the insertion of a new insulated ceiling. After that's done we'll get on with building a new kitchen and getting rid of the increasingly temperamental, flame spouting, range. This is going to be major, dust and stress creating, building work. Our first real battle with the structure of the rickety old farmhouse.

Down to the stream for a calming walk with Wilf. A beautiful sun bathed, early evening, ramble. As we clamber out of the car, a huge square headed owl brushes past us, a chick in its mouth, followed by a flock of angry,cackling, starlings. Ten seconds later the owl returns , chick devoured, flying straight towards us only feet from where we're standing. The first time I've ever seen a grown owl flying in daylight.

Wilf has a long drink from the stream. A place he knows and feels safe visiting. He's sleeping most of the day now. A noticeable change in his behaviour over the course of the week. Apparently, this is something that blind dogs do. His weight's still falling and he's developed a saddle back but he's enthusiastic and happy. Life at this stage is a series of commas, not periods.