Every day is a good day. 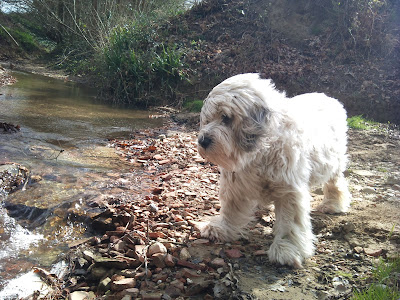 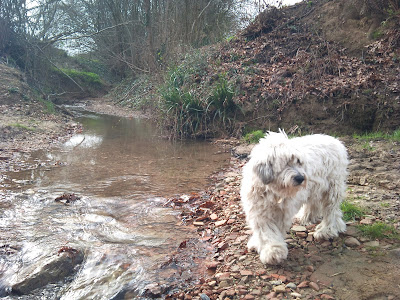 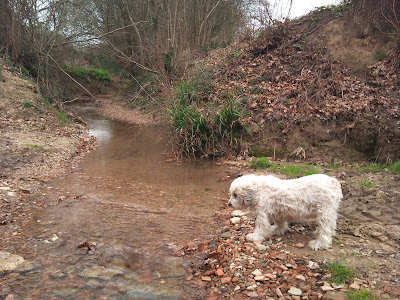 That most French of all institutions. The barbers. Three stern faced old farmers sitting on fraying wicker chairs by the far wall. All of them in blue cotton smocks and wearing berets. A local version of see no evil, hear no evil, speak no evil. Another old farmer slumped in a sun faded, once red, leather armchair by the cash till . Two others with their walking sticks, in the dark corner, between the sickly rubber plant and the store room door.
Wilf follows me in. I'm shown straight to the barbers chair. That rarity. A paying customer. While I explain that I don't want my hair cut ' too short ' the family fellow carefully sniffs boots and sabots. Odour of working farmyard. Satisfied that these are 'dog' people he settles down by the table covered in old copies of Paris Match and a battered car magazine promising highlights of the 2009 Geneva motorshow. He gets tickled behind his ears. Uninterrupted by our arrival, the patriarchal conversation ebbs and flows around him. The price of wheat, the new mechanic at the Renault garage, the President, the two 'mad' old women who own the restaurant that doesn't open for lunch or dinner. From time to time Wilfs brow furrows as he listens to what's being said. This is a dog that enjoys company.

On our way home a walk by the stream. He passed a lot of half dried blood earlier this morning . 'The font' alarmed the tumours spread to the stomach. A paddle in the stream some insulation against the uncertainties of life. The everyday annoyances of age and sickness fail to dent his happiness. Who knew innocence could be so engaging ? Every day for him is a good day.