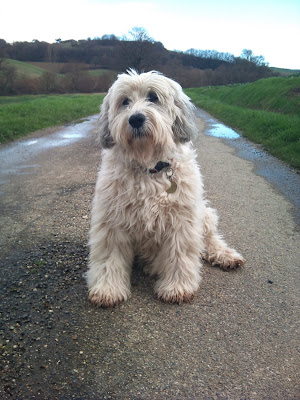 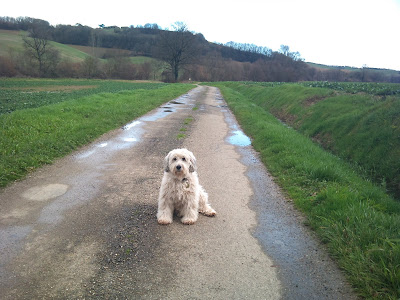 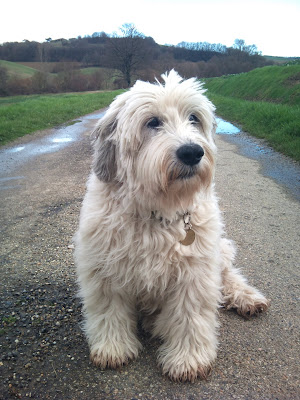 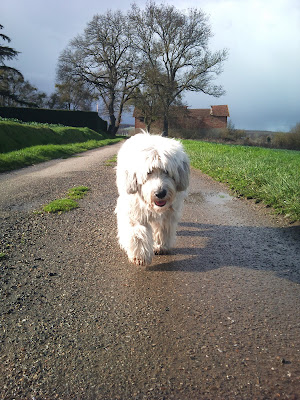 At three on the dot Wilf was sitting by the garden gate ready for his afternoon walk. There could be no doubting where he wanted to go. A sharp turn to the left and then straight past the fire hydrant, the village green, the war memorial and the church. Refreshed by a lengthy post lunch nap he had only one destination in mind. Kelly's house.

No sign of Kelly, her mistress or the ageing Renault Clio. Not that Wilf seemed particularly bothered. He sniffed first one gate post, then the other. Then he sniffed the first gate post again. This process was repeated more frequently than seemed possible. At one point he even scratched the grass on the verge to get a better take on the canine Chanel number 5 lingering there. Fifteen minutes of adulatory sifting and analysis before he turned for home. Wilf the passionate PON.

He's noticeably thinner now. His shoulder blades and vertebrae hard to the touch. A new development. Yesterday, we twice found him sitting staring into mid-air and trembling. The sort of gentle, tooth chattering shivering that humans experience when they come out of really cold water. At this stage something quickly cured by a reassuring cuddle. The tumour metastasizes to its own rhythm.

The old fellows happy. When he gets tired he simply stops. When he's not tired he goes along at his own pace. A life lived in the belief that ' Leap, and the net will appear '.