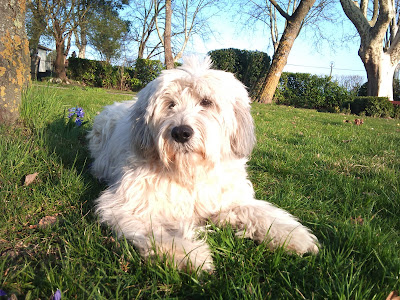 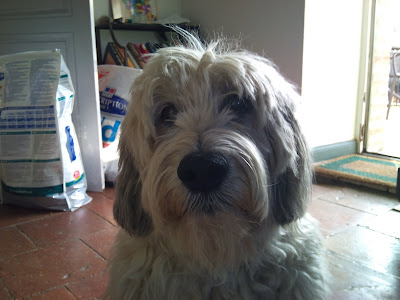 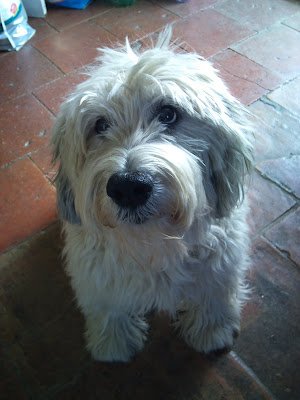 Another meeting to discuss the fate of the village church. Wilf on his very best ' visitors pour moi ? ' behaviour. He greets everyone at the front gate before leading them across the courtyard and into the house. The mayor, the little lady in the purple hat, the deputy mayoress and various feuding villagers all given a peremptory once over with a large black nose. Satisfied that biscuits are in short supply the family fellow positions himself under the table and falls asleep. The reading of the minutes accompanied by soft canine snoring and the occasional passing of wind.

After discussing the post-operative arthritis in his finger, the mayor reads out a quote he's received for restoring the paintings. A separate, larger, quote for making the building secure and water tight received in depressed silence. Taken together a not inconsiderable sum for a village with a population of 63. A lot of concerts will need to be organized if we're to weatherproof the steeple and get the clock working again. After two hours agreement reached on launching a centennial appeal to restore the Great War frescoes. A new committee to be formed. Progress of sorts.