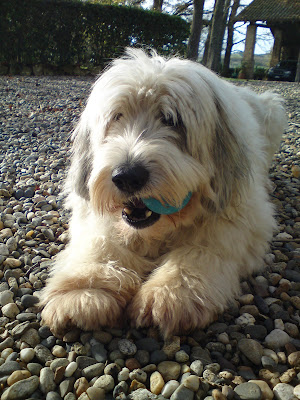 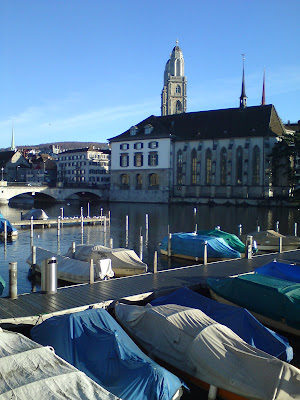 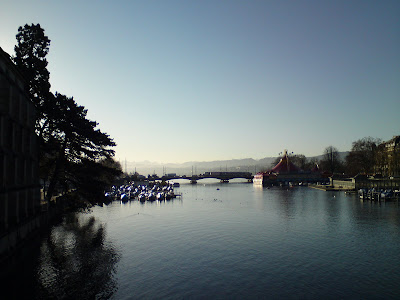 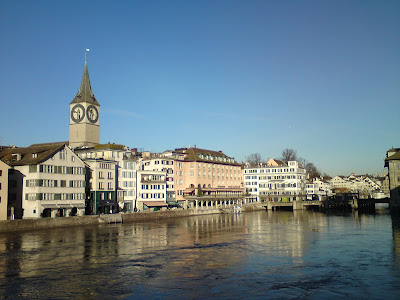 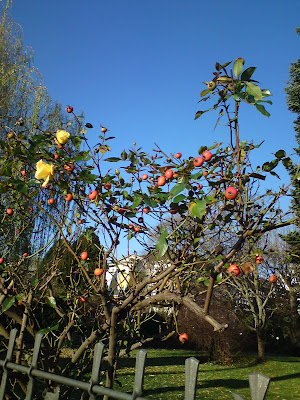 If you had any lingering doubts about the impact of global warming they would have been dispelled by yesterdays trip to Zurich. Expecting frigid conditions I had dressed as if going to the arctic only to be met by bright sunshine, roses still in bloom and a cloudless blue sky. No sign of snow anywhere. On the way back I changed planes in Frankfurt. At one point in the connecting flight I could look out of the window and see the whole of Switzerland from Lake Constance in the north to the Italian frontier, stretching out ahead. It was quite simply magical to see the Eiger,Matterhorn and Jungfrau bathed in the late afternoon sun.

'The font' has been busy in my absence. In a recent tour of the garden we noticed that we had 30 or so large asiatic caterpillar nests at the top of one of the old, tall pine trees. In the spring these nests are warmed by the sun and hundreds of these alien bugs literally burst into life and march en masse down the trunk to the nearest feeding ground. Two years ago, when we were still in Italy, I found Wilf contentedly,but determinedly, nose down , exploring a procession of five or six hundred of these little critters moving as one across the grass. What neither Wilf nor I knew was that when disturbed they throw of millions of tiny irritant hairs that itch like mad and make the tongue and eyes swell up. Wilf was soon in pain, my skin was turning bright red, and unsure of what to do I called our vet who said the only way of keeping Wilf's tongue from swelling up and choking him was to immediately get the hosepipe, turn it one full, and literally flood out his mouth and nose to remove the irritants. Then a litre of water and bicarbonate of soda had to be forced down his throat - an experience neither 'the font', Wilf, nor I enjoyed and certainly never wish to repeat. If we'd left it even a few minutes later to treat him he would have lost his tongue and probably worse. As it was we had to give him his water by syringe for ten days after.

We now know what to look out for and 'the font' not surprisingly wants the nests removed. The original idea was to have a man from the local forestry commission come and shoot out the nests ( this is after all France where in return for sky high taxes there is a government department for every eventuality ). Having mulled it over we realised that the impact of the bullets would simply blow the pupae in every direction, 'the font' now wants Rentokil to come with a hoist and physically remove them. A long, difficult and very expensive process at the top of a 30 metre tree. I'm of the opinion that there must be other options. I seem to remember a friend in Australia saying that they bought a system that wrapped around the trunk and caught and trapped the blighters on the way down. Any ideas from those of you who live in exotic climes?