A year without fear. 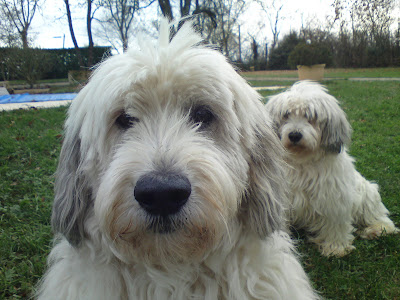 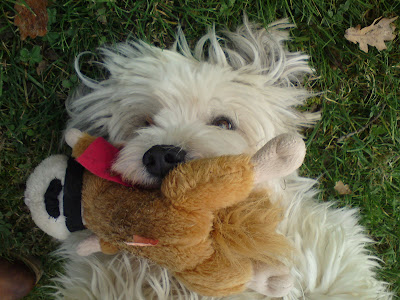 A glorious sunny morning, cloudless and mild. The two boyz have been on the early morning croissant run followed by a long walk around the village and are now exhaustedly asleep in the hall. Wilf's periodic stomach pains have, for the moment, gone. He's once again a happy dog.

Over the holidays I've been dipping in and out of a new book on the American Civil War. It's interesting to be reminded of the reasons why there are southern (as opposed to northern) methodists and baptists and a West Virginia ( nearly called Kanawha ) separate from Virginia itself.

When you look at photographs of the period you always see the men sporting luxuriant beards and moustaches. It seems that the reason for this was both practical as well as fashionable. At the siege of Sebastapol in the Crimean War of 1855-1856 it became so cold that British soldiers had been excused from shaving. London dandy's took up the hirsute fashion and it soon spread to America where by 1861 barely any mature man remained clean shaven. General Ambrose Burnside even invented a style of 'sideburns' or 'sideboards' that perpetuate his name to this day.

General George McClellan was the Unions first general in chief. Sadly, he was a ditherer and failed to make the most of the opportunities offered to him in the early days of the war to march, largely unopposed , on Richmond and end the conflict with minimal loss of life. It was said that he always believed himself to be outnumbered by his confederate foes and that " he was a man always too ready to take counsel of his fears".

After the housejacking and violence of our Italian 2009 one of the lessons we've learnt in moving to France has been not to be too ready listen to our fears - they can deafen you to lifes opportunities . It's good to take counsel of worries but they can so easily mask opportunities. So, as we enter 2010 the very best New Year wish I can think of making for family, friends and all those of you who read this blog ( some of you in parts of the world where the wish needs to be taken literally) is ' may you have a year free of fear'. Happy New Year.