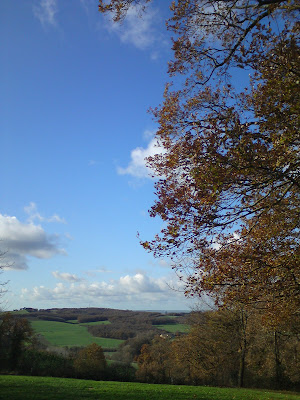 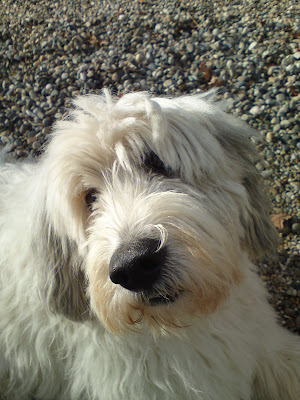 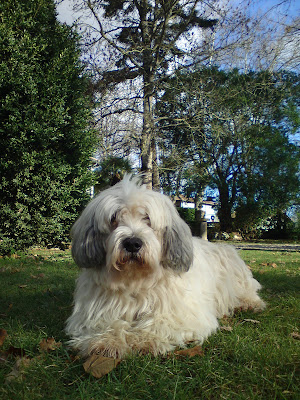 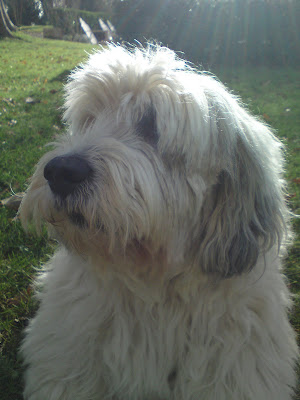 Christmas in the old farm house was well nigh perfect with weather to match. Despite, or perhaps because of, the temperamental boiler, the lack of beds, the missing DHL parcels and the peculiarities of the electrics a day of laughter and happiness was had by all. Wilf and Digby were to the forefront of the action in their role as family clowns. As each present was unwrapped they would sit , side by side, in front of the recipient watching in unadulterated fascination as the gift emerged from the paper. After a cursory sniff to make sure there were no sausages left hidden in the parcel they would move on to the next recipient, where the whole process of sitting and staring would be repeated. Their attention didn't flag once in over an hour - 'surely' , they seemed to be saying, ' there has to be something good to eat around here ?'. Tears of mirth flowed. The boyz have understood that they are not family dogs , they are family.

Jokes from the crackers:

Q: What fish sleeps the most? A: The kipper

Q: What did the woodworm say as he walked in the bar? A: Is the bar tender in here?

Q: What do you get if you cross a snowman with a vampire? A: Frostbite