London was wet, Toulouse is damp. 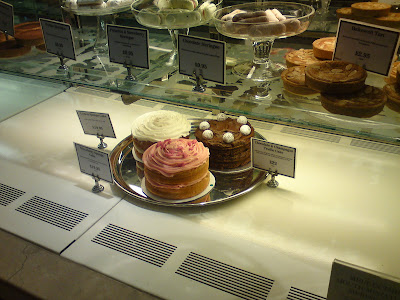 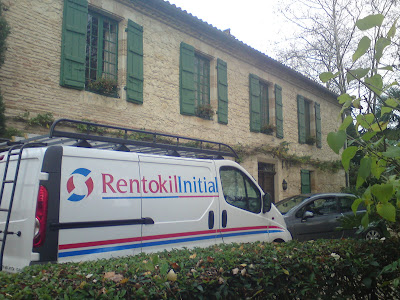 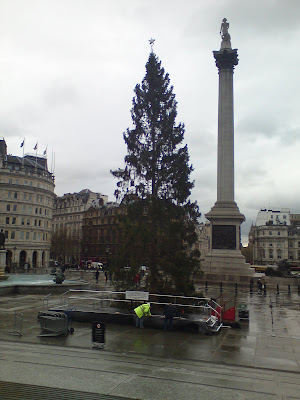 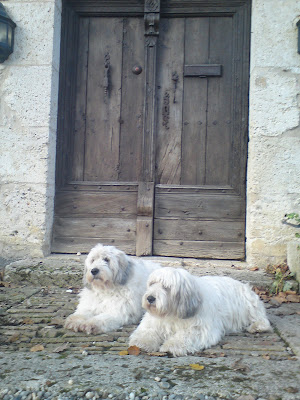 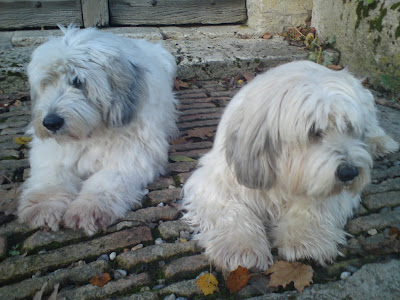 London was miserable. Grey, chilly and very,very wet. Despite the elements (or perhaps because of them) the shops were crammed to bursting point with European visitors benefitting from the strong Euro. After half an hour waiting in line I finally got to a check out and arranged with Fortnum's for the cake and christmas pudding to be delivered to France . They won't ship that other staple of the British Christmas, mince pies, because they are too fragile! Long term readers of the blog will remember that the hamper I ordered from Fortnum's in October last year didn't arrive at the house in Italy until six o'clock at night on Christmas Eve - talk about cutting it fine. Let's hope that things move more smoothly this time round.
The Rentokil mans visit to the house has done wonders. He fixed a brass rail to the bottom of the doors in from the garden ( so the little critters can't squeeze through the gap between the floor and the door) and then put down a dozen or so little cardboard boxes in the boiler room and kitchen. All this happened on Monday and since then nothing. 'The font' is delighted, so I am doubly delighted. Thankfully, only field mice and bats - no sign at all of bigger rodents.
Huge excitement at two this morning. A branch from an old pine tree was dislodged by a sudden gust of wind and fell with a huge crash onto the swimming pool cover. In France every house with a swimming pool has to have a safety alarm in case a toddler or drunken adult falls in and drowns. Of course the falling branch managed to trigger the alarm ( which until then we didn't know we had) and much fun was had by all wandering around the garden in the rain in the small hours with a torch trying to find out a) what had happened b) where the ear shattering klaxon was located and c) figuring out how to turn it off. Wilf and Digby thought it was great fun - 'the font' less so.
The damp weather has brought on Digby's rheumatics. He wants desperately to join Wilf on a long morning walk but after two or three hundred metres he starts to limp and then becomes tired and irritable with the pain.Hip dysplasia is a problem with the breed and the only remedy is to make sure he rests when it's really damp.
Posted by Angus at Friday, December 04, 2009