And when we arrive at the end of our journey ? 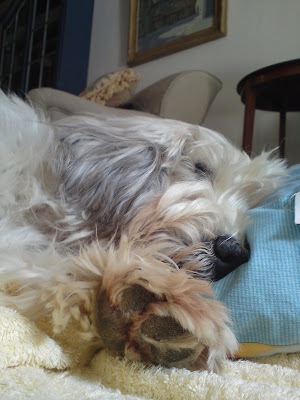 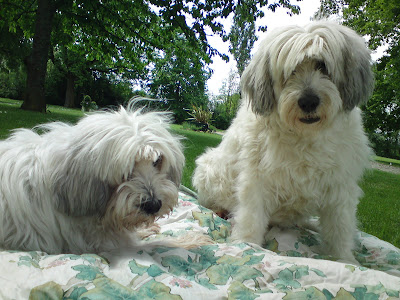 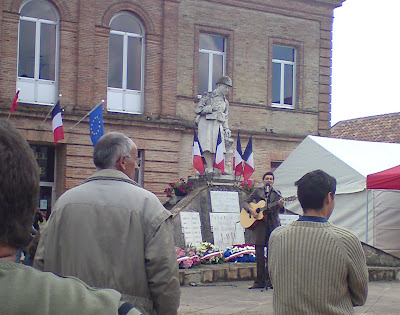 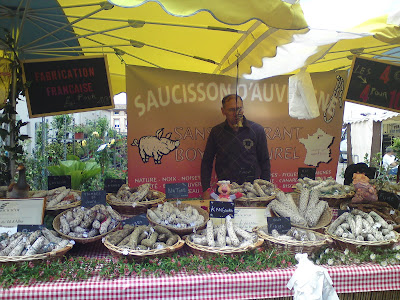 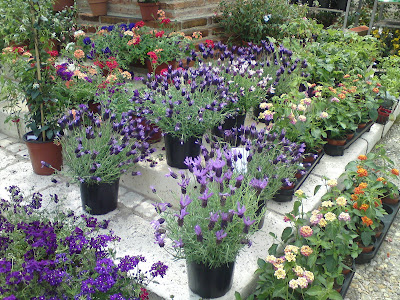 While Wilf and Digby slept we drove to the local town for the Victory Day festivities. We arrived too late for the release of the homing pigeons or the cart horse parade but we did manage to catch the judging of the best baguette competition. By the war memorial a young lady with a rather severe haircut and an 'eighty a day' voice was singing 'Old Amsterdam' in an increasingly emotional manner. Helped along by a mornings uninterrupted imbibing the customers at the little bar on the square were moved to tears by the rendition. They were equally emotional about her next song - that famous French classic 'Uptown Girl' or ' Hup toon gill' as it became in translation. What Anglo-saxons are capable of doing to the French language the French are equally capable of in return.

We bought some Hidcotte lavender for the garden, some of the award winning loaves, and 'the font' bought some foul smelling sausage much beloved by Swedes and other continentals. It was a thoroughly enjoyable hour. Perhaps it wasn't the most sophsiticated trip out but it had a refreshing innocence to it that has long disappeared in other parts of Europe. In this farming belt the link between man and nature remains unbroken.

Digby had a peaceful night but the disease continues to work remorselessly away . He's not in pain , he's displaying a remarkable tenacity but his eyes seem to say ' please make this better'. It's over a week since he was able to hold anything down and the end of his journey is close. This morning to our shock and surprise we found that he had simply disappeared. One minute he was at the top of the stairs the next he was gone. We looked everywhere for him until 'the font' found him in the drawing room stretched out on one of the old Turkish carpets we brought from Scotland. He's got to the stage where he wants to be alone with the comfort of old familiar scents and memories. The drawing room is out of bounds but at this stage he's decided 'what the heck'. Independent to the end. I think there will be mischief and laughter in heaven tonight.