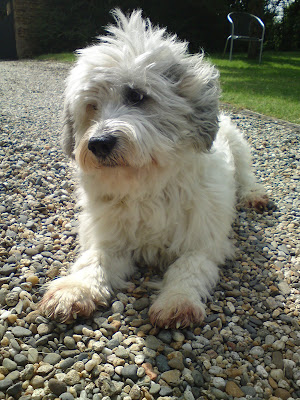 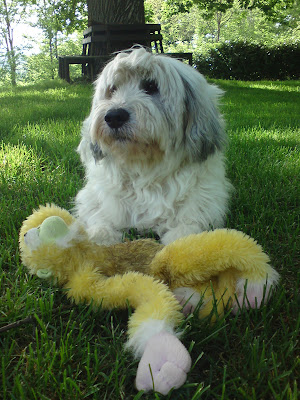 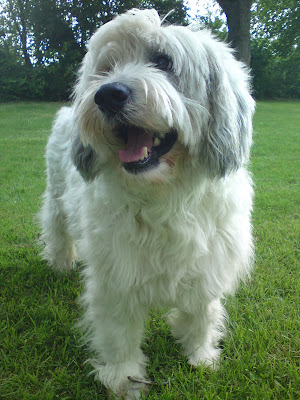 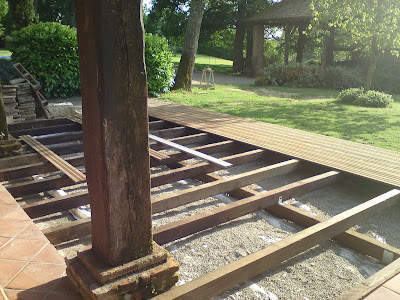 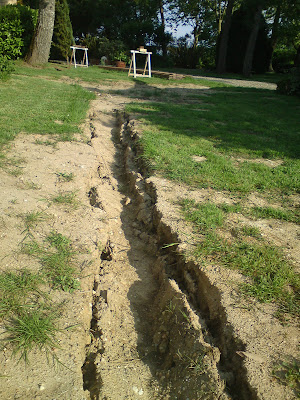 Who in their right mind would restore a rickety old farm house in the Pyrenees ? 'The font' reminded me that we've been here now for exactly seven months. The rate of progress in making the place habitable has been leisurely.
Don't believe for a moment those television programmes where a run down barn in some mountain valley is miraculously transformed into a haven of luxurious living in the space of a fortnight. In this part of the world builders move to the rythmn of the stars not the dictates of the calendar. The view from the terrace this morning looked like the assault course at Fort Benning- the bare decking spars vying for attention with the subsidence in the lawn where the new pipework was installed.

Wilf takes it all in his stride. Workmen come , workmen go, some bring jaffa cakes, others don't. At the end of the day if he's biffed the swing, surfed the rugs, snaffled some human food and had a tickle then life's just fine. This morning he's had two walks, greeted the furniture deliverers who arrived from London at seven thirty ( score 6/10 ,no Jaffa Cakes but a half ways decent Garibaldi biscuit) , and had a pat on the head from the mayor. Not bad for eleven o'clock on a scorchingly hot Sunday morning. After all this excitement he's now settled down for a serious PON snooze under the shade of the old oaks.