Out for a walk. 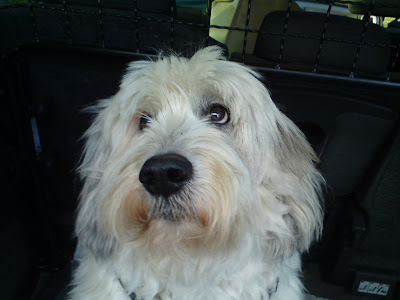 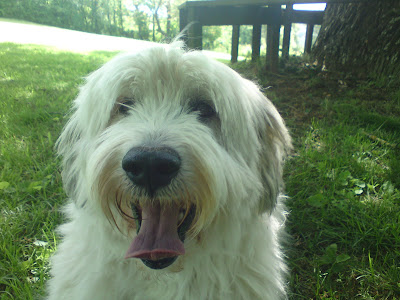 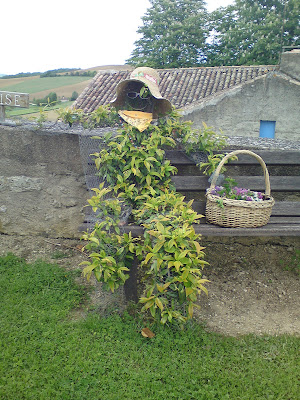 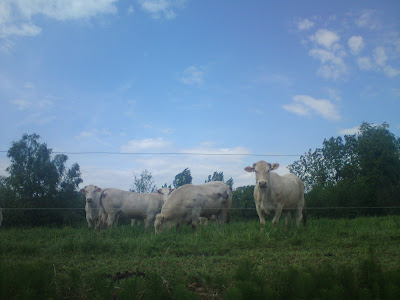 Another cold morning. Much more of this and we'll have to arrange a delivery of oil for the
heating system. While we shiver Wilf is out in the courtyard revelling in the unseasonal chill and demonstrating that PON's rather than humans are perfectly adapted for the climate of southern France.

At breakfast this morning all the coffee mugs had disappeared. Twenty of them hang on hooks in the kitchen and they've all gone. If the family had been at home then this would have been quite unnoteworthy. However, as it's just the two of us it's truly and completely bizarre. The rickety old farmhouse must have a gremlin with a coffee cup fixation.'The font' has asked me in a quasi accusatorial manner to check 'my' office. Hmmmph! As if it's possible for me to have secreted them all there.

Over the weekend we've discovered that the two rescue PON's in the UK have found homes. There aren't that many PON's around so to have found two was quite a result. This leaves us with options 1) and 3). If we go for a new puppy then the first thing we have to do is find one ( finding a young PON is not as easy as you might think ). We feel very comfortable with our breeder in Derbyshire but it looks as though you can't get a pet passport to export a puppy from the UK to France until they are at least 12 weeks old and have had a rabies injection. At the moment there are no puppies anywhere. If we go to a French breeder then we have to start doing some homework to make sure it's not a puppy farm. Finally, we have to decide whether it should be a male or female. If another male then he should have the temperament to fit in with , and learn from our older fellow.

Out with Wilf yesterday afternoon. He is beginning to play again and the worst of his Colitis seems to have passed. The village was completely deserted. We found this strange 'vine' figure sitting on a bench by the church - we couldn't work out whether the hat and bandana were spooky or merely chilling. Whatever; one wouldn't want to stumble across it late on a dark February night. The cows in this part of the world seem to exude contentment. Wilf certainly thought so as he stood and stared at them for a full five minutes as they peacefully chewed cud.