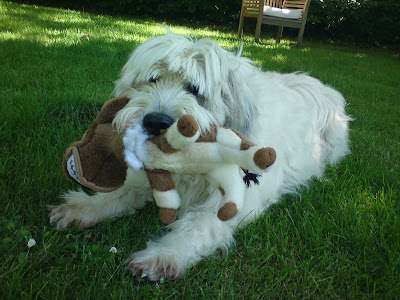 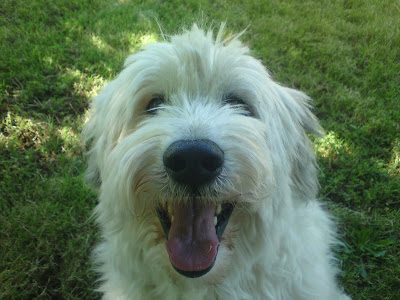 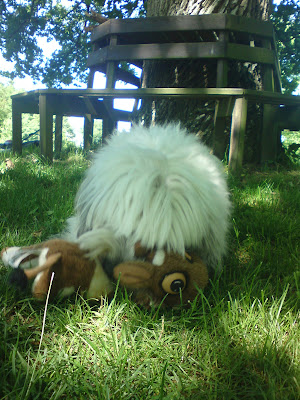 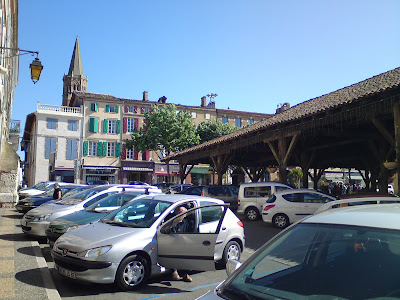 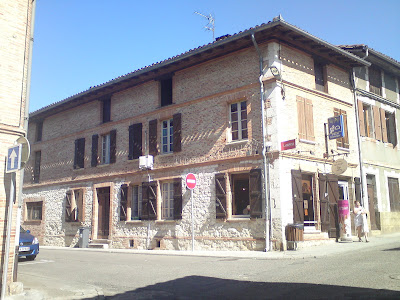 It's going to be hot again today, very hot, so off with Wilf to town for a thirty minute walk , a coffee, and the breakfast croissants at six o'clock. The town was humming and the beer drinkers at the cafe were already licking the froth from their lips by the time we arrived at 6.35. This morning we walked up from the square to a rather anonymous looking building that houses what is said to be the best 'artisinal' bakers in town. A recommendation of Madame Bay. The smell of freshly baked croissants caught Wilfs attention fifty metres down the hill leading to an immediate, and marked, increase in speed. If we did this routine every morning that hour glass figure might reappear.

It's another national holiday in France. The fourth this month after May Day, Victory Day, Ascension Day and now Pentecost. Both we and the kennels had overlooked this fact until a late night telephone call asking us to delay until Tuesday. Tuesday it is. A firm promise to take lots and lots of photos.

Yves, Ross his wild haired Irish side kick, and the morose lad in the blue bib overalls have e-mailed to say they will ' be back on the job on Thursday. Just as well as their tools are still outside where they left them last week. At least it can be said that national holidays don't interrupt their schedule.
Posted by Angus at Monday, May 24, 2010